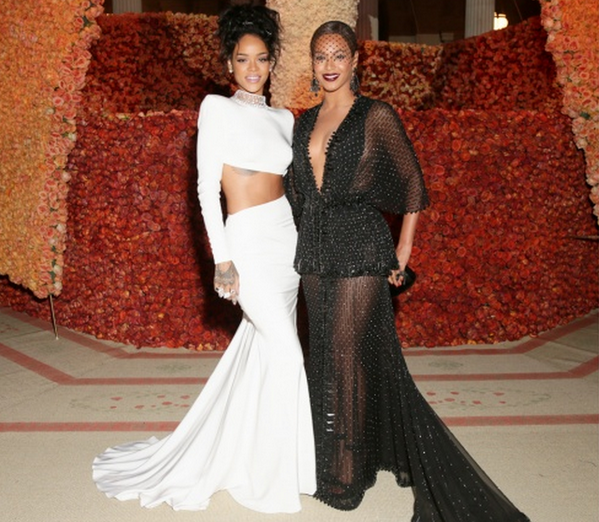 Dressing up in their absolute best, stars from every aspect of the industry showed up to the Met Gala 2014. Held on Monday night at the Metropolitan Museum of Art in New York City, everyone who was just about anyone was in attendance looking very dapper.

Taking a totally different lane of fashion than her choice at this year’s iHeartRadio Music Awards, Rihanna was glowingly amazing in her white two-piece Stella McCartney ensemble. Sporting Givenchy while “on the run” were powerhouse couple Beyoncé and Jay Z, while crooner Frank Ocean was dapper in a white tuxedo.

Solange, who opted to dress in color, was seen in a 3.1 Phillip Lim dress, and Janelle Monae looked stately in Tadashi Shoji.

Take a look at some of the hottest looks on the red carpet below: