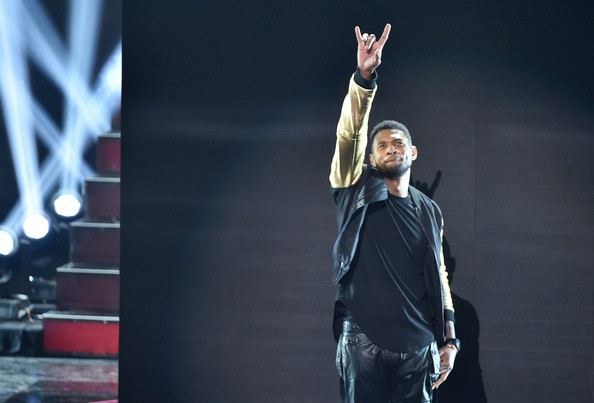 With less than two full weeks until Michael Jackson‘s new posthumous album is released to the public, the iHeartRadio Music Awards saw its leading single revealed to the masses.

Calling on none other than dancing sensation and top selling artist Usher to help share it with the world, it was quite the surprise for audience members and fans watching from home. Taking to the stage to dance to a portion of the new single, “Love Never Felt So Good,” which will feature Justin Timberlake, the R&B superstar reminded viewers why he’s one of the most talented artists out there.

Introduced by L.A. Reid, Usher and a troupe of dancers jammed out to the Michael Jackson and Paul Anka written single. While fans can’t receive the full album until May 13, “Love Never Felt So Good” hits radio tomorrow, May 2.

Fans of Usher can also get ready for his new single, “Good Kisser,” to hit their ears at the top of next week!

Watch as Usher glides us into the new single: