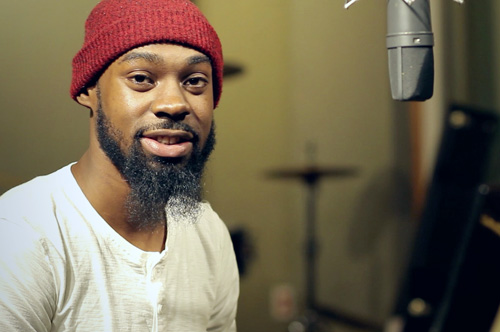 Mali Music is a singer, songwriter, producer signed to ByStorm/RCA Records with a unique emotional sound, blending styles of soul, gospel, R&B and hip-hop. The Savannah, Georgia native emerged from a strong underground following a few years ago when he performed at the BET Music Awards on the “Music Matters” stage. Now climbing the charts with his uplifting song “Beautiful,” the 26-year-old is getting to officially introduce himself to the world with his major label debut album Mali Is…, in stores now!

While on a promo visit to NYC, Mali joined us at Stadium Red studios in Harlem to record a special performance for ThisisRnB Sessions. Being a skilled all around artist, he handled both the music and singing, showcasing his talents on guitar and the grand piano.

For our third and final piece from the outstanding session, watch Mali deliver an amazing, emotional and riveting acoustic performance of his fan favorite song “Ready Aim.”

If you haven’t seen it yet, watch his mesmerizing cover of John Legend’s “Ordinary People” here.