Rihanna is just getting awards left and right.  Following her Fashion Icon honor last week, the Pop siren is now the Most Desirable Woman. Spike TV presented the sexy singer with her first pair of Mantlers at the 2014 Guys Choice Awards, which were taped at Sony Pictures Studios in Culver City, Calif. on Saturday.

RiRi accepted the award from Kevin Hart. “How many men are mad that she didn’t come naked?” asked the comedian, to which RiRi responded, “I knew pervs like you would be here.”

“Thank you for voting me this at 26 ’cause it goes all downhill from here,” she continued. “This is a fun award, I appreciate it, and shout out to all the real men out there.”

She also ran into Aaron Paul backstage. “My life has been completed!!! #Pinkman4President,” said RiRi after meeting the “Breaking Bad” star.

The 2014 Guys Choice Awards will air June 11 at 9 p.m. on Spike TV, and include a performance from Raphael Saadiq. 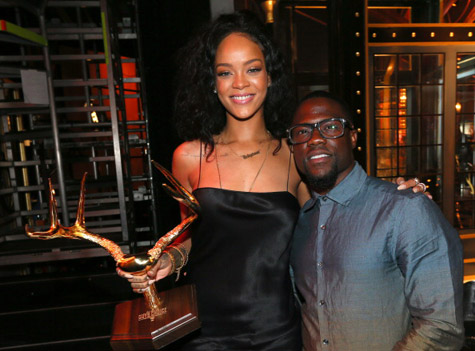 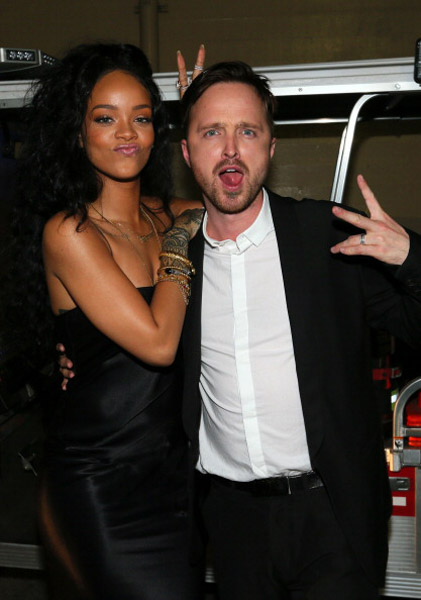