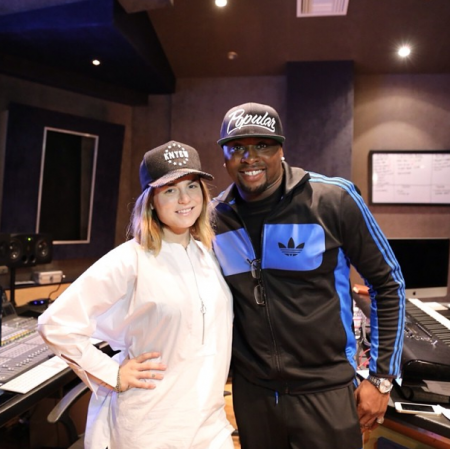 There’s been a lot of excitement since the news broke that JoJo was finally released from Blackground Records after an uphill battle and signed a new deal with Atlantic Records.

JoJo’s last musical offering was this past Valentine’s Day when she released her EP #LoveJoJo.

The songstress has been recording her new album and recently linked up with hit making producer Harmony Samuels. We definitely can’t wait to hear this!