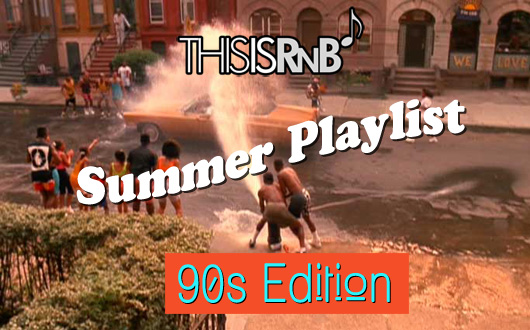 There’s no denying the evolution of R&B throughout the years. From the groovy disco sounds of the ’70s to the dance heavy synths found in the ’80s, R&B has had the power to take you through an emotional roller coaster decade after decade.

While to some the ’90s might be the era of bubblegum pop or alternative, but to those like us here at ThisIsRnB, it was the golden era of the R&B music that we still love today. Known just as much for it’s introduction of unique and progressive sounds, it was also that era that introduced the world to iconic artists like Toni Braxton, Mary J. Blige, Jodeci, Aaliyah, R. Kelly and many more of today’s most influential acts.

Delivering so many classic R&B hits, the ’90s also hosted the reign of many legendary producers such as Jimmy Jam and Terry Lewis, Babyface and L.A. Reid, Teddy Riley, Dallas Austin, Timbaland and Missy Elliot, and even Pharrell Williams. It was also the decade that made film soundtracks filled with R&B singles even more anticipated than the films themselves. While the New Jack Swing movement was coming to an end by 1994, the new wave of R&B was far from doing the same. Bringing about teen sensations Aaliyah and Brandy, and pushing R.Kelly into the forefront of the genre with his 12 Play album, the 1990’s brought R&B music into the commercial mainstream and opened up a rarely traveled lane for many artists to cross over to a world that was previously closed to them. Although love songs, ballads and dance tracks were the staples of R&B, there were a few artists who changed the definition indefinitely.

Beginning their reign as Hip-Hop and R&B’s most called upon, Timbaland and Missy “Misdemeanor” Elliott helped with delivering genre-advancing sounds provided by Ginuwine and an all grown up Aaliyah. Teddy Riley, who contributed so much to the decade, was also grooming his protégés Pharrell Wiliams and Chad Hugo – known as The Neptunes – to create a distinguished sound used by Blackstreet, SWV, and more. By 1997 though these were changing again. The introduction of Neo-Soul began with artists Erykah Badu, D’Angelo and Maxwell, who all made their mark on the industry and added another sub bullet underneath the typical definition of R&B. Truly one of the moments that will forever reign supreme in the history of R&B, the ’90s has given us some of the best music to dance, cry, and make love to all at once!

Summer is always one of those times when we love to go back and play our favorites from the past.  Join us as we take a stroll back and remember the times that had us “All Cried Out,” getting “Hot Like Fire,” creating a “Fantasy,” and “Too Close” to R&B perfection.

Jump into our ‘Summer Playlist (‘90s Edition)‘ below!!

With their strong vocals, good looks and intelligence En Vogue won the ears of many in the 1990s. Their first single “Hold On” is a certified classic, released from their debut album, Born to Sing. The song opens with an a cappella rendition of the Motown standard “Who’s Lovin’ You,” written by Smokey Robinson and originally recorded by his group, The Miracles. When the Denzil Foster and Thomas McElroy produced track kicks in, which contains a guitar sample from “The Payback” by James Brown, you can’t help but immediately groove. The single became one of 1990s biggest hits in the U.S. and also a major hit in the UK. It reached No. 1 on the Billboard Hot R&B Singles chart, No. 1 on the Hot Dance Club Songs, and No. 2 on the Billboard Hot 100.

What a fun upbeat record. Janet Jackson was already a mega star when the ’90s rolled around and she continued her reign with the release of her fourth studio album Rhythm Nation 1814. The LP’s third single “Escapade” was written by Jackson along with Jimmy Jam & Terry Lewis, who also produced the whole album. The song spent three weeks at No. 1 on the Billboard Hot 100, topped the R&B and Dance charts, and won a BMI Pop Award for “Most Played Song.” It also became the soundtrack to Jacksons’ Japanese commercials for Japan Airlines.

As the sounds of New Jack Swing were about to take over the first half of the ’90s Tony! Toni! Toné! were bringing their own interpretations of the revolutionary sound. With their second album The Revival, the Oakland based trio perfectly blended the contemporary sound with more traditional influences. The albums opening song and third single “Feels Good” is exactly that, a fun upbeat record that you can vibe to on so many levels. The single was the group’s first top-ten hit the Billboard Hot 100, peaking at No. 9. It spent two-weeks at No. 1 on the R&B Singles chart.

Branching off from New Edition, Bell Biv DeVoe found great success with their debut album Poison. The title track and lead single is an absolute classic released in early 1990. An upbeat New Jack record that will almost always be played in any ’80s/’90s mix, and the groups most successful song. The message behind the lyrics also reflected a new era of AIDS consciousness in America. The single peaked at No. 3 on the Billboard Hot 100, and No. 1 on the R&B Singles chart.

R. Kelly stormed the scene with his collaborative album Born Into The 90’s with Public Announcement in early 1992. “She’s Got That Vibe” was the debut single lifted from the album, following along with the New Jack Swing sound Kelly wrote and produced the song. It peaked on the R&B Singles chart at No. 7, but only reached No. 59 on the Billboard Hot 100. None the less R&B fans everywhere will always vibe to this when it comes on.

Boyz II Men are arguably the best R&B group of the ’90s and it was their debut single “Motownphilly” that started it all. Lifted from their debut album Cooleyhighharmony, the record was produced by Dallas Austin and co-written by Michael Bivins of New Edition and Bell Biv DeVoe, who also provides the guest rap. The single helped the quartet find early success as it peaked at No. 3 on the Billboard Hot 100.

Jeremih Announces New Mixtape ‘Not On My Album’