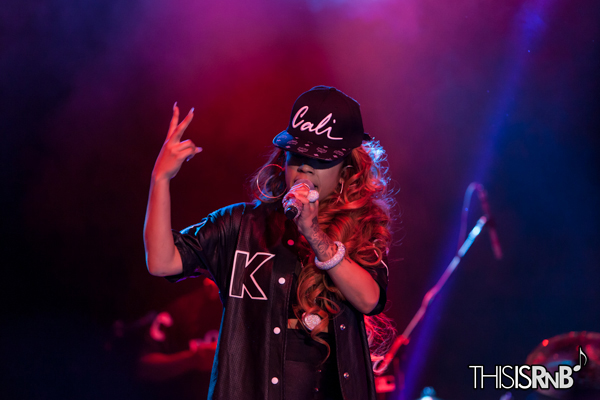 Good news for Keyshia Cole, the R&B vixen got off scott free in her criminal case where she could have ended up in jail for 30 days.

TMZ reported that Kesyhia’s lawyer, Shawn Holley, was in Santa Clarita court Monday morning, arguing that a 10-year-old bench warrant should not be enforced.

Back in 2002 Keyshia got a DUI. She was placed on probation and was required to attend an alcohol ed course. The court records do not show proof of completion so a judge issued a bench warrant.

But Holley told the judge Keyshia completed the program and her former lawyer just screwed up by failing to inform the court. Holley explained the alcohol ed program, which no longer has the old records, must have notified the DMV, because Keyshia has gotten 2 drivers licenses since then.

Holley persuaded the judge so the warrant was recalled and probation was terminated, Keyshia was unwittingly on probation for the DUI for more than a dozen years.

TMZ originally broke the story that Keyshia was arrested for allegedly assaulting a woman in Birdman’s West L.A. condo last September. The arrest turned up the warrant. The assault matter was dropped, so Keyshia’s free and clear.