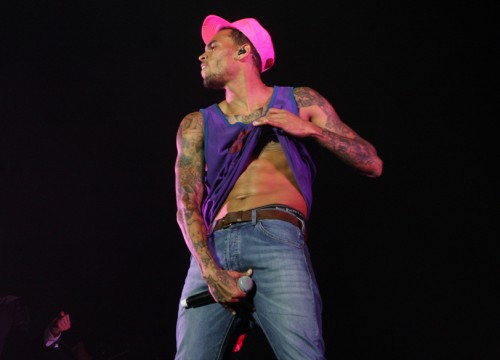 It’s no secret that summer is undoubtedly the sexiest season. Everyone has beautiful skin from the time in the sun, the weather’s hot (of course), and the roads are almost as steamy as you by the time you hit the club. Gawker has already touched on the summer phenomenon of that special time when everybody gets a little friskier than usual. Therefore, it’s no surprise that the sexiest songs are generally the ones that soundtrack the summer. Based on the latest Billboard chart, it looks like now ’til Labor Day R&B and Hip-Hop will be leading playlists for your summer romance.

Billboard dropped its “Songs of the Summer” chart and the sultry sounds of R&B are tearing up the radio with 10 of the top 20 coming from the worlds of Hip-Hop and R&B. We don’t think it’s a coincidence that the sexiest songs of the summer are often the most successful. This survey found that 39 percent of those polled said that they thought that music was important for setting the mood for when the feeling is right. It also found that music helps to enhance the sexual experience by creating a more sensual setting.

Omarion and Chris Brown have already seen their fair share of success this year with yet another ode to infidelity, “Post to Be.” It made its mark (and tried to cop on Breezy’s 2014 hit, “Loyal”) at number 14 on the chart and the former B2K hot-boy is looking to repeat his newfound success with his latest joint, “I’m Up,” featuring Kid Ink and French Montana. Omarion and Ink will also be part of the singers cavalcade hitting the road on Breezy’s upcoming “One Hell of a Night” tour, set to begin in August. Breezy’s is just one of a host of R&B summer tours including Trey Songz’ stint on the “Pinkprint Tour” with Nicki Minaj in addition to recently announced summer jaunts by Miguel and Janet Jackson.

The Weeknd has also been smoldering his way into two spots on the top 20 with his track from 50 Shades of Grey, “Earned It,” and his latest, “The Hills” coming in at number 7 and number 20 respectively. “Earned It” also marked his first number-one single on the Billboard Hot R&B & Hip-Hop chart and seems to be the first of many for the mournful Canadian star. Meanwhile. Jason Derulo’s ode to sweaty summer sex, “Want to Want Me” continues to ride strong at number five on the charts. Everyone currently sitting in the southeast of the US and dealing with the current heat wave know exactly what Derulo’s talking about when he says, “It’s a hundred degrees and I got one foot out the door.”

It’s only June so we’ve barely even touched how hot it’s about to be this summer. Thankfully, it doesn’t look like there’s going to be any shortage of hot R&B to help us turn up the heat. We can’t wait to see what other smokin’ songs the summer’s hiding up its sleeves.