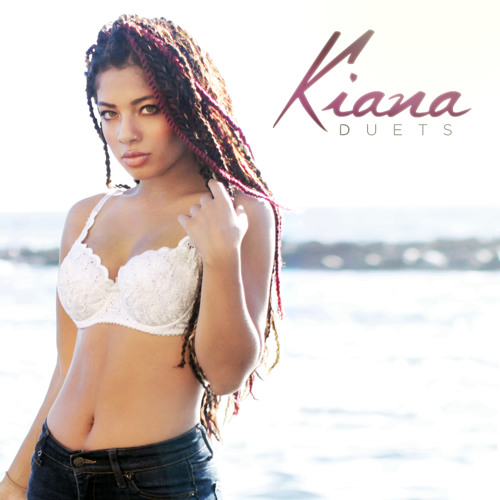 This 18-year-old singer/songwriter has been performing since she was 3 and was first signed by Kidzbop at age 14.  Shortly after, she was signed by RCA Records, but the deal was short lived due to her growth as a young lady and artist with her own views of her career.

Continuing to pursue her passion Kiana linked up with Grammy-nominated producer/songwriters Jeremy ‘Jremy’ Skaller and Jared Cotter. Together they helped craft her debut mixtape entitled ‘Duets,’ which aptly features Kiana adding her own touch to 7 of her favorite tracks from this year, including songs by Drake, Miguel, Trey Songz and more.

Kiana flexes her soft and sweet vocals throughout her verses and creative harmonies, at times enhancing the tracks with the addition of a female perspective.

She is currently in the studio with the Phat Boyz (John Legend, Miguel), and The Orange Factory (Tinashe, Jay Sean, Janet Jackson).

Check out her mixtape below: