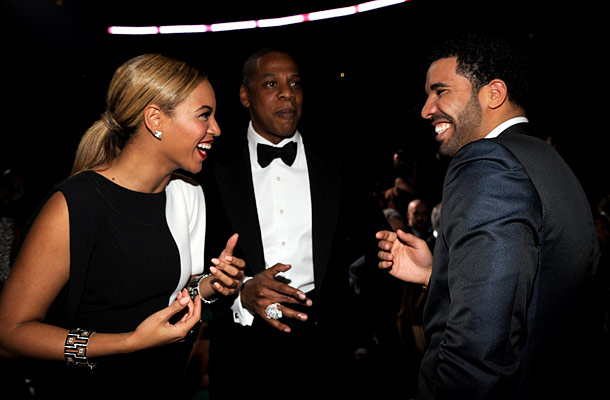 Following the release of his new mixtape with Future, the 6 God brings fans more new music. During Saturday’s episode of OVO Sound Radio on Beats 1, Drake’s manager Oliver El-Khatib liberated a two-minute version of “Can I,” his highly-anticipated collaboration with Beyoncé.

The song, which previously leaked in demo format, finds Drizzy and Bey going back and forth over sparse claps. While Drake raps, Bey responds “Can I?” and “Baby.”

“Before I turn the lights out, tell me who the f*ck you wanna be,” he tells her.

The two previously collaborated on “Mine” for Beyoncé’s 2013 album. The full song may find a home on Drake’s upcoming LP Views From the 6.