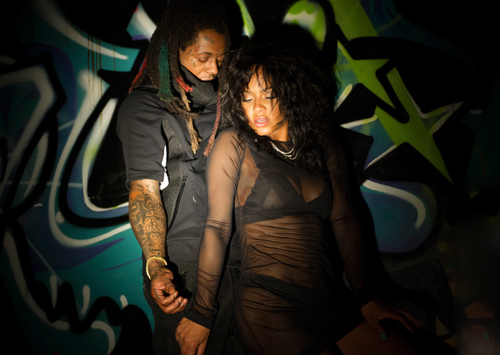 Christina Milian and Lil Wayne rekindle their romance in the sexy video for “Do It.”

Wearing only a white Calvin Klein bra and panties Milian seduces the camera from her bedroom while singing about putting her inhibitions to the side. After receiving a text from Wayne she meets up with him at a skatepark and the former couple shows off their chemistry in the steamy scenes.

Despite their breakup, Weezy seems to want that old thing back. On Thanksgiving, Milian told her ex to leave her alone. “Stop telling me that you love me,” she wrote in a now deleted tweet. “Stop asking me to come see you. I’m definitely not interested. #BeenOverIt #HappyNoThanksGiving #Single.”

“Do It” is the lead single off Milian’s 4U EP, which drops Friday.