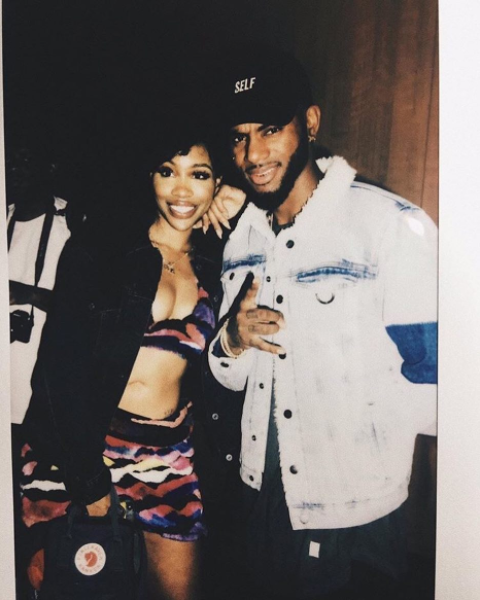 Europe will be LIT this fall!

The 24-date UK and European trek kicks off in Marseille, France on Oct. 17. From there, the two will travel to Belgium, Netherlands, Sweden, Denmark, Germany, and Italy, ending in Dublin, Ireland on Nov. 30.

SZA joins the tour on the heels of her debut album Ctrl, which opened at No. 3 on the Billboard 200. Before embarking on the European trek, the TDE songstress will be on her own “Ctrl Tour” through North America from Aug. 16 through Oct. 12. She will  then take a break from her headlining tour to travel to Europe with Tiller, and return to finish out her U.S. dates Dec. 8-17.

This August, Pen Griffey will kick off the North American leg of the tour in support of his sophomore album, True to Self. Featuring rising R&B songstress H.E.R. and platinum producer Metro Boomin as opening acts, the first leg of the tour will make 27 stops before culminating on Sept. 16 in Louisville, KY.

Tickets go on sale July 13 in France and July 14 across Europe on his website. See the full itinerary below.

UK/EUROPE! coming this Fall with @sza Tickets on sale this friday on www.trapsoul.com

“SET IT OFF EUROPEAN TOUR” DATES:

JAY-Z Opens Up About Beyoncé, Marriage and Love