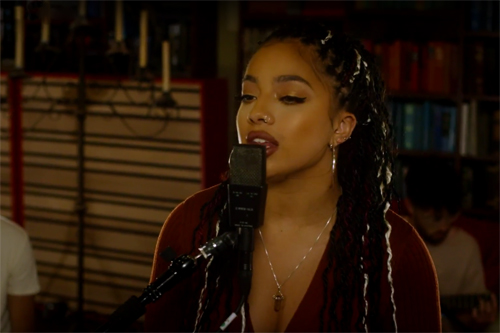 The Arizona-born singer, songwriter, producer, and actress strips down the song to just acoustic guitar and vocals. Over resonant strumming, her soulful voice immediately takes hold, and the track’s hook simply soars.

Kiana recently starred in MTV‘s second season of Scream, the television adaptation of the movie franchise. If she looks familiar, we previously featured Kiana in 2015 with the release of her ‘Duets‘ mixtape, which saw her adding her own touch to favorite tracks of the year.

New Music: Kyle Dion - Cool Side Of The Pillow