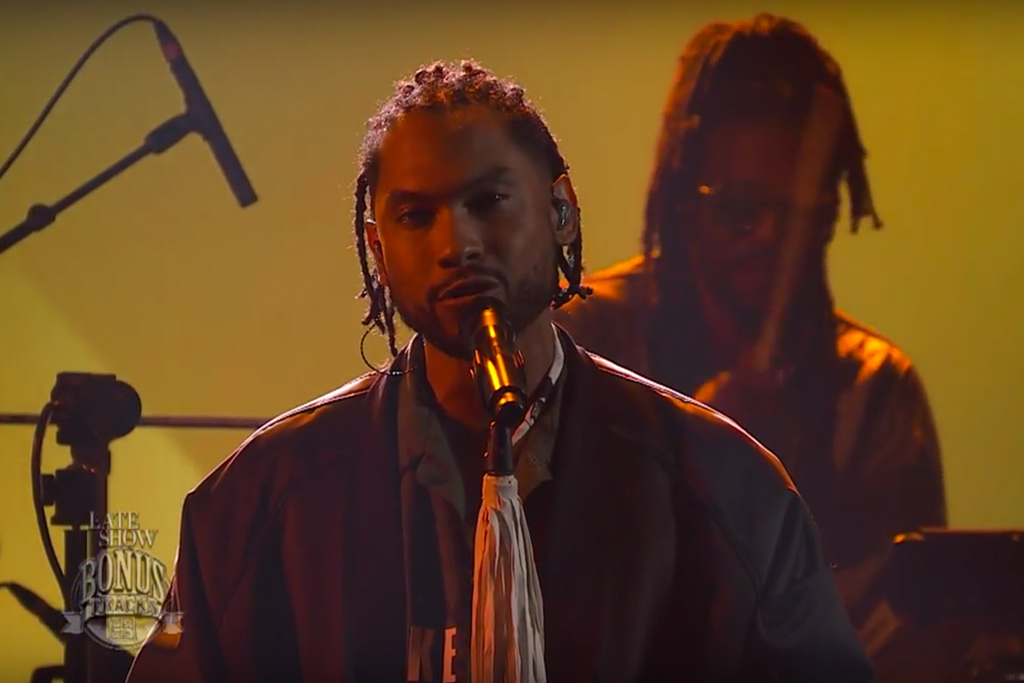 On Wednesday night (Sept. 20), the R&B maverick was the musical guest on “The Late Show with Stephen Colbert,” and he announced the title of his new album!

Following the release of two brand new songs, “Sky Walker” and “Shockandawe,” the L.A. native delivered his first televised performance of the previous. Both tracks are expected to be off his upcoming album ‘War & Leisure.’

Seated on a stool in the Ed Sullivan Theater, Miguel performed with a bass guitar while supported by two more guitar players and a percussionist. With a laid back ease to this vocal delivery, the singer/songwriter assured that good things come when they are supposed to, but you gotta ‘stay up.’

For a second bonus performance, Miguel chose 2016’s “Come Through and Chill,” where he stood at the mic with his band behind him. Requesting the company of his lady, Mig seduces her while singing: “Due to unusual rain and thunder, baby I wonder (lady I wonder) / Would you put your sweats on, put your sweats on for me… Let me lay a great time on ya.”

Check out his performance below, and stay tuned for more info on Miguel’s forthcoming album, War & Leisure.