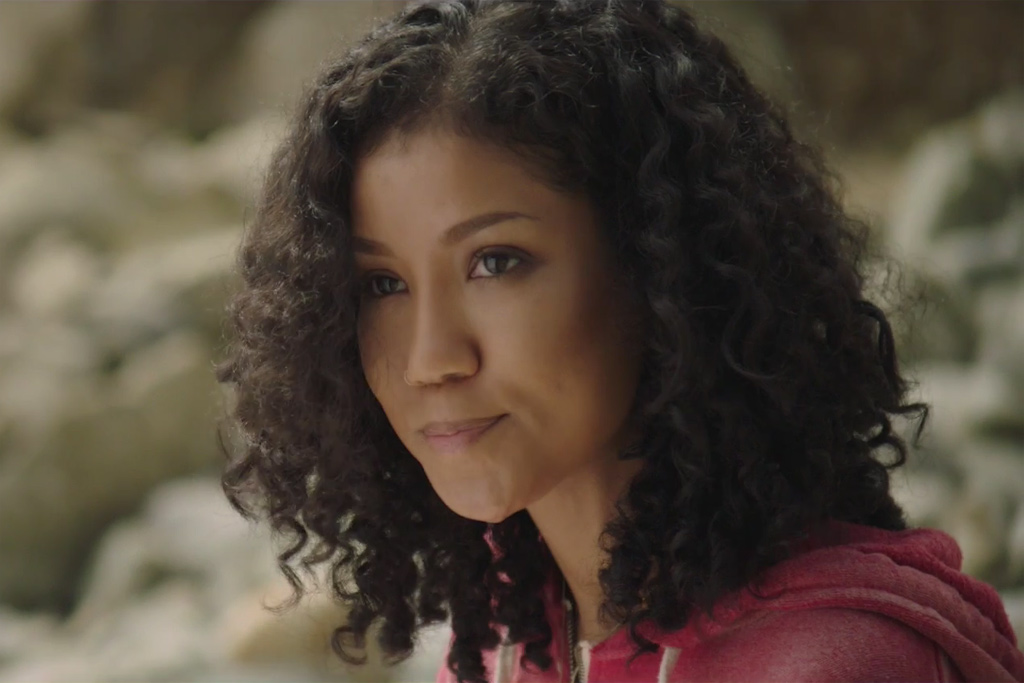 Jhené Aiko is taking us on a ‘Trip.’

Even though we’ve been patiently waiting for the Sailing Soul to finally release her sophomore album, we’re not mad at her first venture into film with Trip. Co-written and directed by Tracy Oliver (Girls Trip), the 23-minute short showcases Jhené’s growth in learning how to cope with the death of her brother while also giving fans a sneak peek of music she’s yet to release.

“Crazy, how I can stare into empty space and see his smile, crystal clear as day,” she says in the intro. “I close my eyes and hear his voice.”

Aiko portrays the main character Penny, a depressed poet who’s addicted to prescription meds but is willing to try anything once to numb the pain away. After she meets a charismatic Danté who just so happened to intrude on her favorite writing spot, she goes down a dark twisted road that leads her face to face with her truth — her obsession with avoiding pain instead of dealing with it.

“I am looking for a brother’s love in every single man,” she says. “But you’ll never see me like my brother did, you’ll never need me like a brother did. There’s a black hole in my soul. It’s beginning to show.”

Featuring her singles, “Maniac,” “While We’re Young,” and “Hello Ego,” Trip will have you feel the full range of emotions, laugh and cry, then make you want to hug your closest friends and family.

“I was a sunken ship,” she says at the end. “A drunken sip of something thick / And then I took a trip / There was no captain / But you were my anchor.”

Watch the trippy short film below.