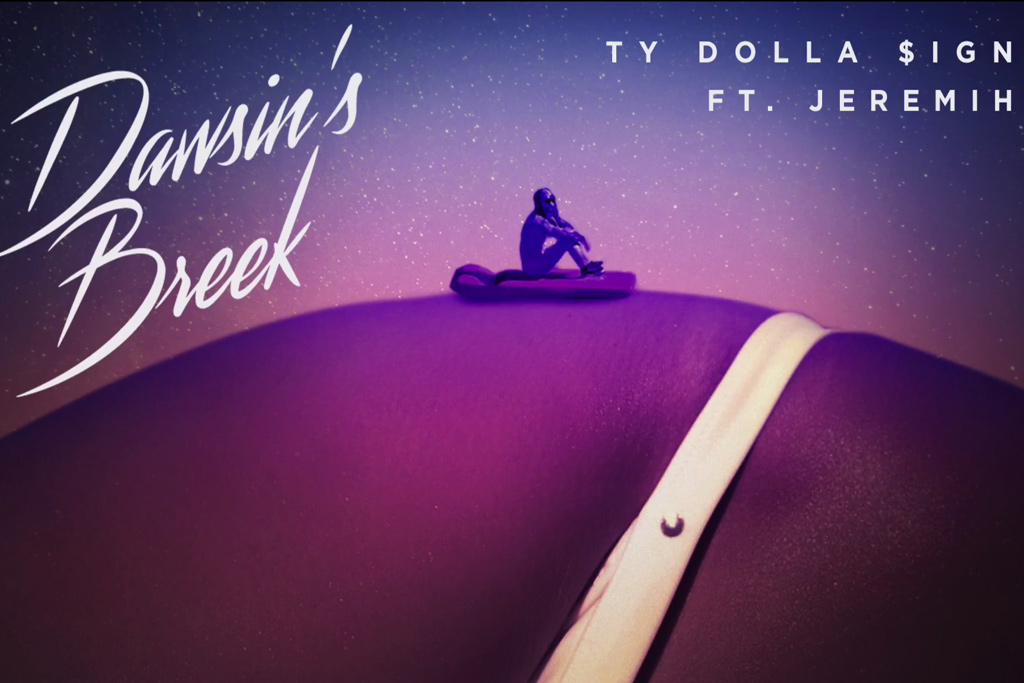 Following the song’s premiere on Beats 1, Ty explained his inspiration. “I’m just trying to stay ahead,” he said. “I told y’all before. There’s no such thing as try. I am just taking it ahead. Gang shit.”

Partly influenced by the late ’90s, early 2000s teen drama “Dawson’s Creek” Ty added, “It was inspired by ‘Dawson’s Creek,’ but I didn’t want to use their name. So we made up our own name.”

The B-side single comes in the form of the lofty “Message in a Bottle,” which boasts an acoustic track as Dolla sings about drinking, texting exes, and living life like it’s a movie.

“Thanks to the message in a bottle / Let me get a swallow / Filling up my cup, section full of models / And we going up like it’s a Tuesday / Drinking ’till I’m woozy / Know I’m ’bout that action / Living like a movie,” he sings.

Take a listen to both songs below.