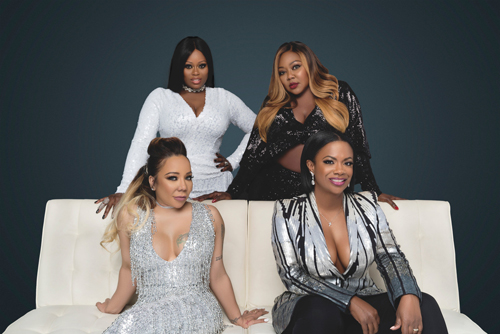 If you can’t get enough of Xscape‘s comeback, Bravo has your inside look!

Hot on the heels of announcing their headlining comeback tour, “The Great Xscape Tour,” the ’90s R&B divas has shared a sneak peek look at their anticipated reunion reality show.

It’s been 18 years since the quartet’s last album, and they have plenty to catch up on and reacquaint themselves with, including some classic reality show drama. The ladies have love for each other, but there are still some lingering issues between them, and even with music industry legend, Jermaine Dupri.

“Xscape was huge in the 90s, but the sh*t hit the fan,” they say in the clip. “We broke up. We haven’t been together in eighteen years.”

The series, titled Xscape: Still Kickin’ It, documents Kandi Burruss-Tucker, Tameka “Tiny” Harris, and sisters LaTocha and Tamika Scott’s reunion as they prepare to take the stage after nearly two decades apart. In the preview, the ladies tackle past incidents and drama that led to their demise, including the actions of group members, the beef between Kandi and LaTocha, and Jermaine Dupri’s role.

Xscape: Still Kickin’ It will premiere on Bravo on November 5 at 9/8c. Check out the previews below.

Below, Kandi reflects on the group’s history and future.