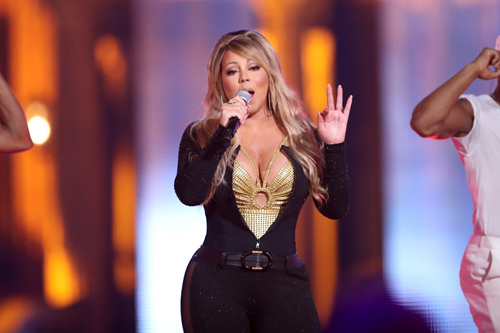 Mariah Carey is ready for another reality show.

Following her eight-episode “Mariah’s World” docu-series, which will not return to E!, MC has landed a new VH1 reality show, according to Page Six.

Insiders say that the forthcoming program will document an upcoming milestone tour. “‘Mariah’s World’ was always planned to be an eight-part TV event,” said an unnamed source. “But now she is planning a huge world tour to celebrate the 20th anniversary of ‘Butterfly’ to start early 2018. It will be similar to U2’s ‘Joshua Tree Tour.’ VH1 is set to film a docuseries that will capture the behind-the-scenes of her tour.”

Mariah’s relationship with VH1 has already started. On Monday night, she was celebrated at the network’s “Hip Hop Honors” event, where she performed a medley of her “Honey” remixes with Ma$e, The Lox, Da Brat, and fellow honoree Jermaine Dupri.

Mariah is also scheduled to return to Las Vegas for another residency after ending her two-year stint at Caesars Palace.  Additionally, she’s plotting a new Christmas single with composer Marc Shaiman.

Plus, Carey is also prepping a drama series based on her life, an animated Christmas movie, and a new album through her recently-launched Butterfly MC Records.