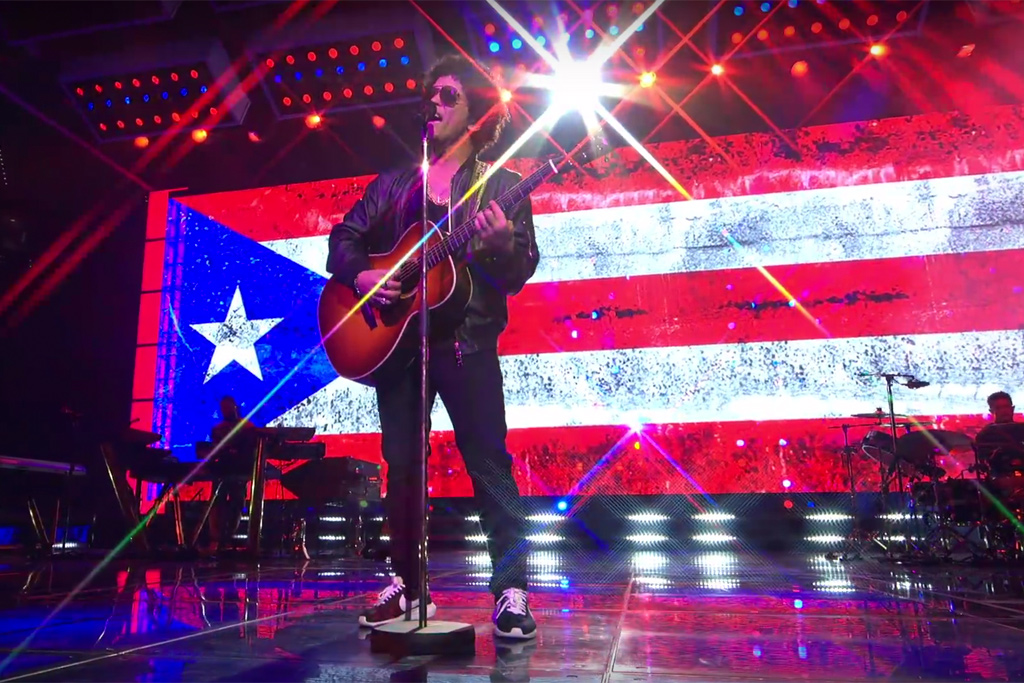 On Saturday night (Oct. 14), Bruno Mars deliverd a special performance during the One Voice: Somos Live! A Concert for Disaster Relief telethon.

Live from the stage on his “24K Magic World Tour,” the international superstar performed a special, intimate Spanish version of his 9x platinum single, “Just The Way You Are.”

The telethon’s proceeds benefited a half-dozen aid organizations, including the United Way, UNICEF, Habitat for Humanity, Feeding America, Save the Children and Unidos for Puerto Rico, with an aim to help victims of recent natural disasters in the southwestern United States, Puerto Rico, Mexico and the Caribbean.