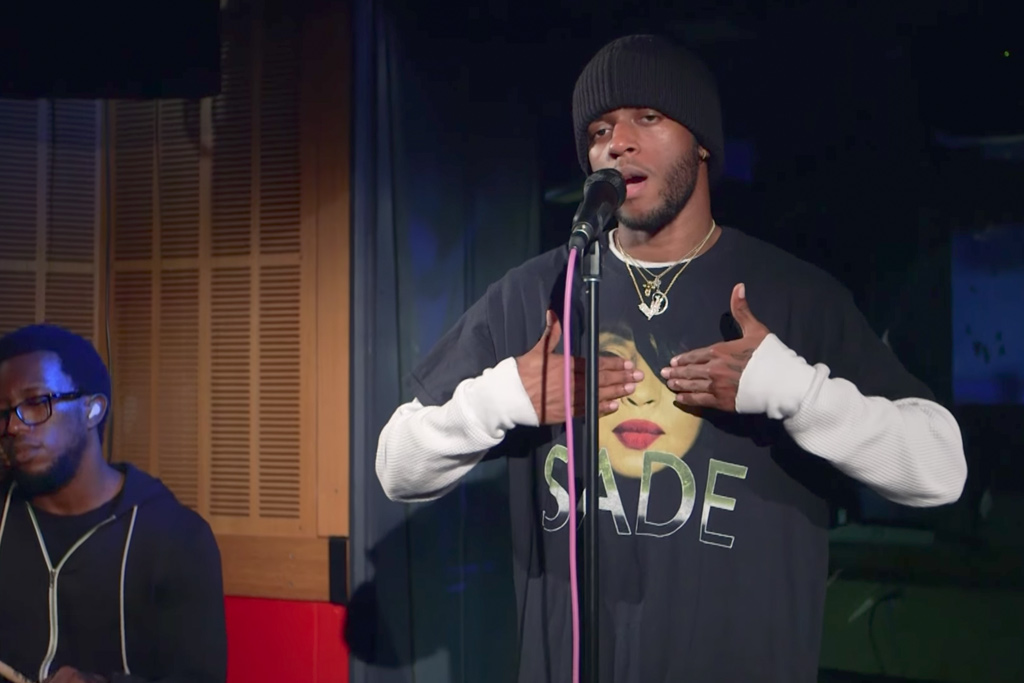 During the latest episode of triple j’s “Like a Version,” the burgeoning crooner-rapper performed his live cover of “On & On,” a standout single off Badu’s 1997 album, Baduizm.

Wearing a beanie over his eyebrows and an oversized Sade T-shirt, the Atlanta artist performed the soulful track with a live band around him. Throughout the set, he added his own flavor to the 20-year-old classic, which came out when he was about 5.

“Her son is definitely named Seven, my daughter’s definitely named Six,” he said. “I think the funniest thing about the connection between me and her is, when my daughter was being born, I had a show at the Observatory in Calif. so I missed my daughter’s birth. While I’m listening to her on the phone, Erykah Badu is performing in the background. I’m crying on the phone, Erykah is singing, I’m listening to her being born.”

That moment was enough to cement 6LACK’s appreciation for Badu. “I’m always gonna have a connection to her and everything she does,” he added.

Bruno Mars Performs Spanish Version of "Just The Way You Are" at One Voice: Somos Live!