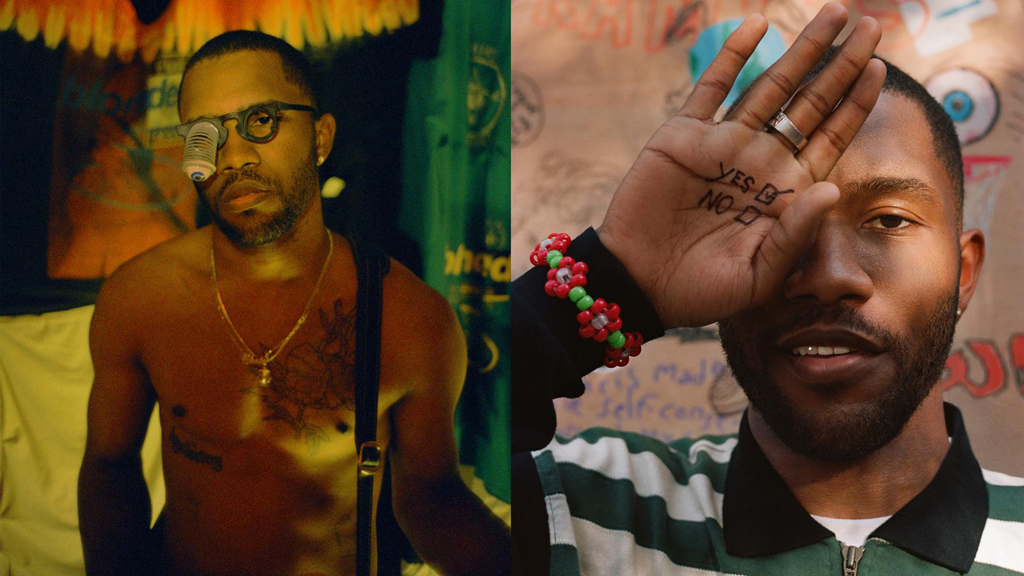 The reclusive Frank Ocean shows face with a pair of covers for the Winter 2017 issue of i-D Magazine.

As part of “The Sounding Off Issue,” the singer-songwriter went in front and behind the lens, shooting the photos himself. On one cover, Ocean covers his right eye with his right hand. His palm has a “Yes, No” survey with “Yes” checked off. The alternate cover features a shirtless Ocean with a pair of novelty glasses. Both covers say “listen” at the bottom.

Additionally, the international star has curated and created a section of the issue, including a visual diary and self-written letter. It features 32 pages from an unreleased shoot and is meant to pay tribute to the artists who helped him bring Blonde to the stage this summer.

Ocean’s writings read like a stream of consciousness poem. “You can answer a lot of questions with ‘Yes.’” he writes. “But you can answer many more with ‘No.’ No is run-of-the-mill. Yes is a gem. Whenever I feel alone I watch live television, something about it being okay on their end makes it okay on mine. Onstage one in-ear is my mic feed and the other one is a Tim Ferriss podcast. I go long periods without talking but I raise my voice when the people on the phone are in loud places.”

The piece continues with a string of sentences that reference Pharrell Williams and Karl Lagerfeld. “I’ve never given my fans nicknames because the ones I think of are embarrassing,” he adds. “I’m world famous. I had peace in my twenties. Big Pharrell praying hands those weren’t mutually exclusive. If you want to make your 30s sound appealing just mention ‘sexual prime.’ Re: the photos… as Karl Lagerfeld would say they ‘came to me in a dream.’ Summer two thousand and seventeen. We leaned into it. Bananaberry-flavored candies at the bottom of the cup. I’ll never know why or what’s with campouts for Szechuan sauce at McDonalds. But I’m way into it. Issa Dreamworld.”