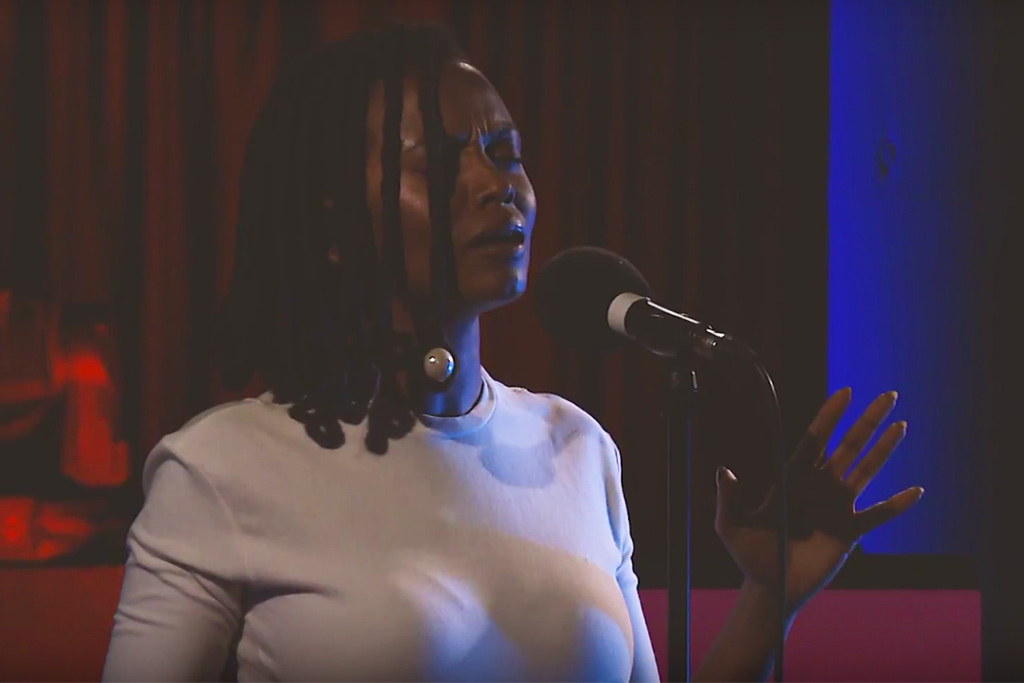 It was a double dose of R&B fun at BBC Radio 1 on Wednesday.

Kelela dropped her anticipated debut album Take Me Apart last Friday, and in support of the project she delivered a riveting acoustic performance of her single “Waitin.”

During her session the singer also paid tribute to one of the greatest artists of all time, covering Sade’s 1992 track “Like A Tattoo” from her Love Deluxe album.