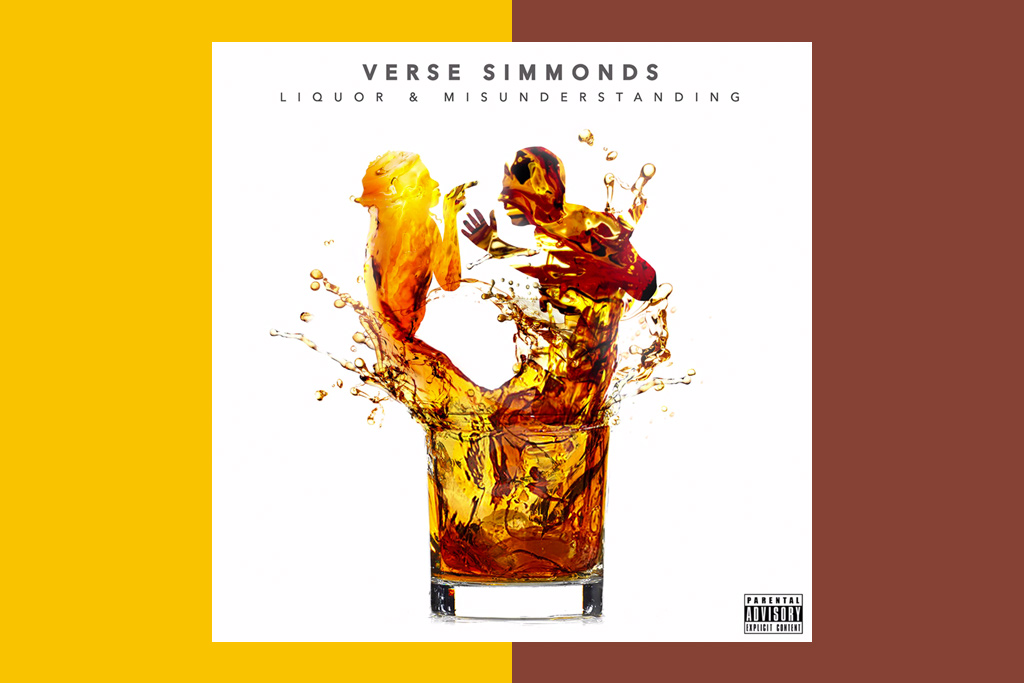 Don’t do what Verse Simmonds did! The five-time Grammy-nominated singer/songwriter opens up about a regretful night on his brand new song, “Liquor & Misunderstanding.”

Mixing brown and clear liquors will almost always lead to problems, but most of us have had those nights before. Blend in the emotions of a troubled relationship and it’s a disaster waiting to happen.

Admitting more of his faults and foggy decisions, Simmonds later croons: “It’s getting hard to see the difference between you and these models / I guess that’s where it all went wrong / Saying things we can never take back / In a glass house throwing stones.”

Known for his high-profile writing credits for the likes of Justin Bieber and Usher, Atlanta’s Verse Simmonds is often the most effective mouthpiece for his own songs. Returning to the scene with a luxurious new set of songs, Verse recently announced the release of his new project Diamonds, due out November 10. The effort will include high powered features from the likes of Wiz Khalifa, Meek Mill, Ty Dolla $ign (“Murder Charge“), and R. City, along with production from The Honorable C-Note and others.

During our recent interview with Simmonds at the 2017 BMI R&B/Hip Hop Awards the singer/songwriter shared some details about the forthcoming project, which he claims tops his underrated debut album, To All The Girls. “I’m working on one right now, it’s going to be later on this year. I’m excited about it, because I know that I beat the last one,” he says. “That’s always what I’m aiming for, to outshine myself.”

Take a listen to “Liquor & Misunderstanding” below.