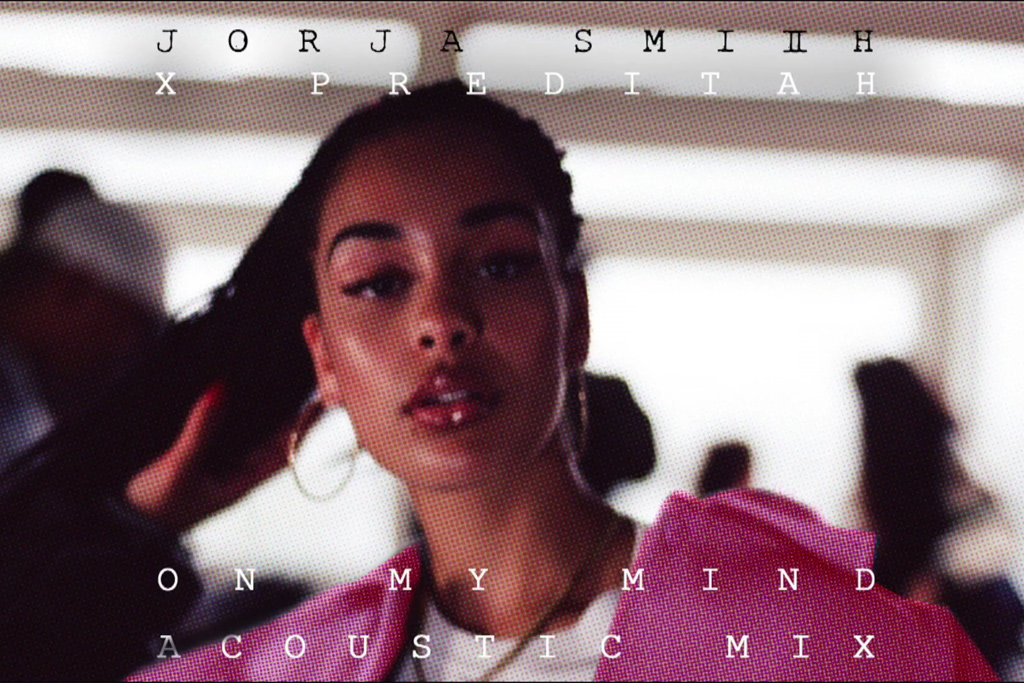 Tonight will be the first show that features Jorja Smith as the opening act on Bruno Mars’ “24K Magic World Tour.” Performing in Brooklyn at the Barclays Center, the British songstress will be introduced to a whole new legion of fans, but in the meantime she has given her already avid supporters something new to be exited about.

Last month, Smith joined UK bass icon Preditah on the vintage garage-styled single “On My Mind,” and it was received with high acclaim. Following the retro-vibed video, Jorja has now released a stripped down acoustic version of the song, and it once again displays her golden vocals.

Over smooth strings, the young vocalist expresses the song’s lyrics with a deeper emotion, accentuating each note as she questions the status of a relationship.

“Don’t want to feel ya / Don’t want you on my mind,” she sings. “Why on earth would I leave, if you were everything I wanted you to be? / When I saw what you did, who you were with, got me questioning the things that I believe.”