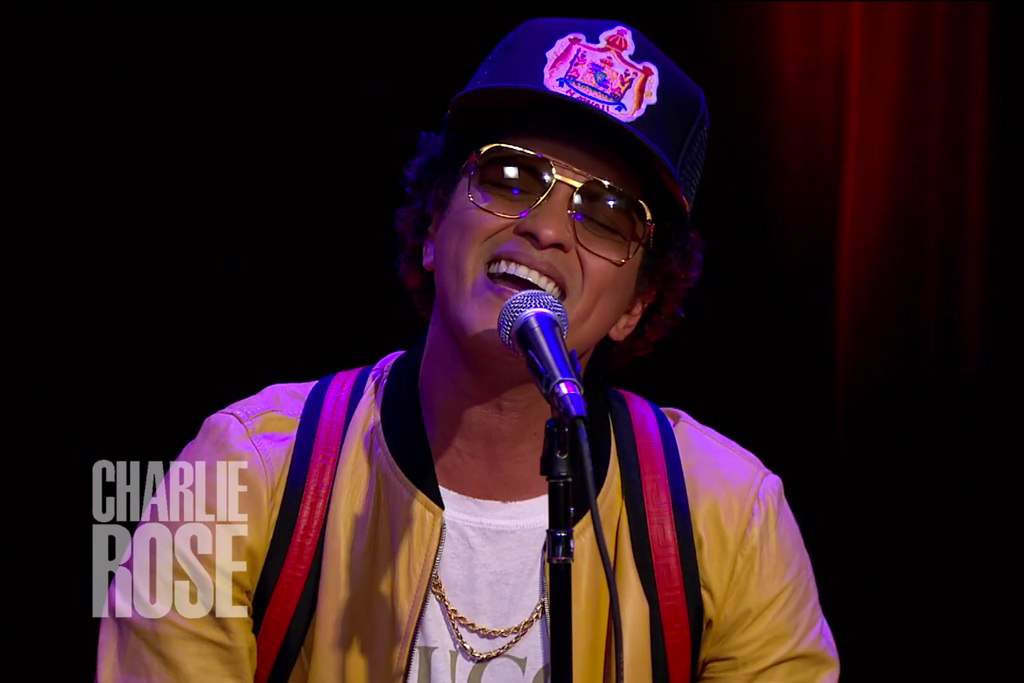 On Monday night (Oct. 9), Bruno Mars performed a special, never-before-seen acoustic version of his 6x Platinum single “That’s What I Like” on “Charlie Rose.”

Mars also sat down with the famous journalist and television host for a rare interview, where he talked candidly and in-depth about his music and career.

He also shared his inspiration for much of his new album (24k Magic), which came from a story that hit-making singer-songwriter James Fauntleroy told him about people putting their phones down to dance to The Gap Band’s “Outstanding” at a party.