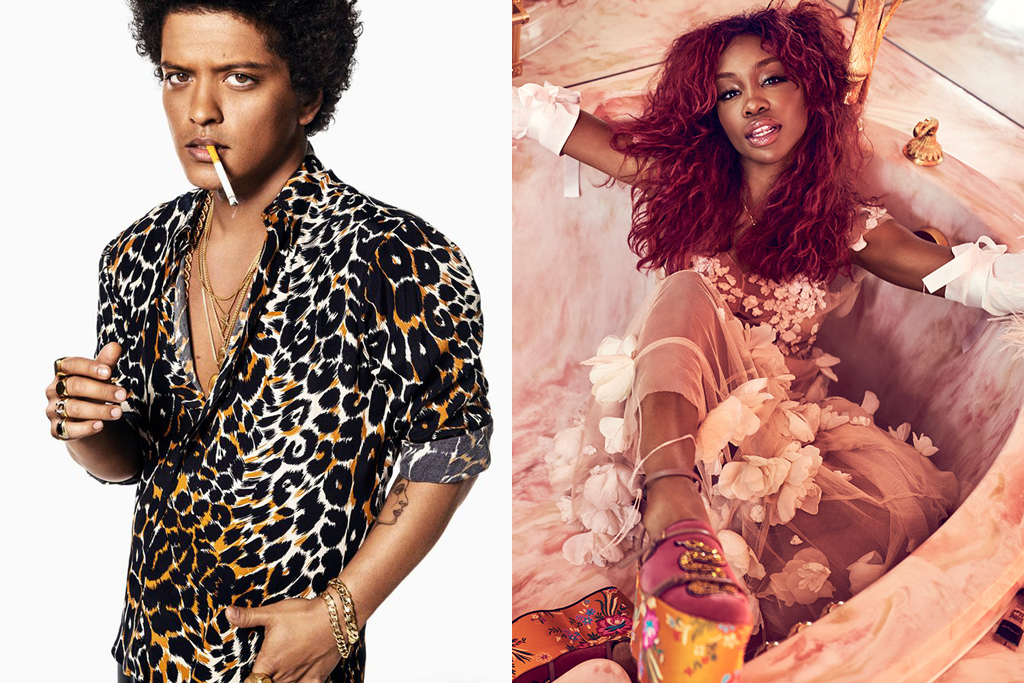 On Sunday night (Nov. 26), BET PRESENTS: 2017 SOUL TRAIN AWARDS celebrated the best in Soul, R&B and Hip-Hop by featuring both returning legends and breakout stars with unrivaled musical moments and show-stopping performances. The awards show was again hosted by the otherworldly Godmother of Soul, Erykah Badu, who also brought her creative forces to the show as writer and producer.

The 2017 Soul Train Awards were action-packed from start to finish, with third annual Lady of Soul honorees SWV getting the party started with a medley of their top hits such as, “I’m So Into You,” and “Weak.” The trio were joined by Method Man and U-God for their final song, “Anything,” getting the entire crowd out of their seats and singing along.

Fearless and funkadelic host Erykah Badu then took to the stage and opened with an impactful statement by taking a knee before the crowd. Her poignant, yet laugh-out-loud, monologue focused on current events and included everything from faux Drumpf tweets to the changing sound of love is love.

In addition to electrifying performances, the awards show unveiled a powerful “Soul Cypher,” for the third year, with Badu holding court at the DJ while Faith Evans, Fantasia, Bilal and Mali Music brought their powerhouse vocals.

Toni Braxton watched delightedly from her seat as Anthony Anderson guided the crowd through a tribute medley by Ro James performing, “Seven Whole Days,” Jessie J. performing, “You Mean the World to Me,” and Luke James performing, “Unbreak My Heart.” The incomparable multi-platinum, multi GAMMY award-winning artist took the stage to remind everyone just how legendary she before graciously accepting the coveted Legend Award accompanied by a standing ovation. Braxton brought down the house, performing classics including, “Love Shoulda Brought You Home,” “You’re Making Me High,” and “He Wasn’t Man Enough for Me.”

If you missed it last night, see all the performances here, and see the full list of winners below.