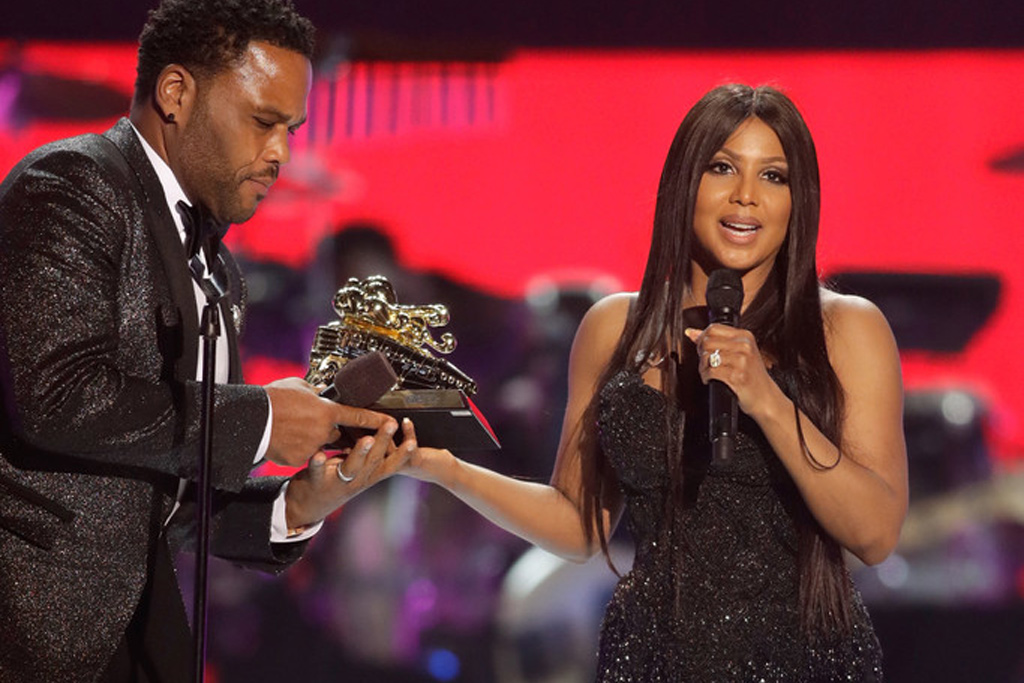 Before accepting the award, Braxton took the stage to a standing ovation and roaring round of applause, performing a medley of her classics including, “Love Shoulda Brought You Home,” “You’re Making Me High,” and “He Wasn’t Man Enough for Me.”

After catching her breath from her performance, Toni shared a motivational acceptance speech, where she thanked all her supporters and doubters.

“I have to thank Mr. & Mrs. Imashowthem, are they in here?” asked Toni. “You guys know Mr. & Mrs. Imashowthem right? You know the people that think you aren’t gonna make it and they were laughing at you. And you were in your car and you were like ‘I’ma show them, I’ma show them.’ That’s the fuel when you’ve feeling low. New artists when you’re feeling low and you need that little bit of energy to get you through, it’s all apart of the journey. The negative energy, the positive energy, and I just want to thank you guys… And thank you Soul Train, the train that never stops. Thank you for letting me ride, goodnight.”