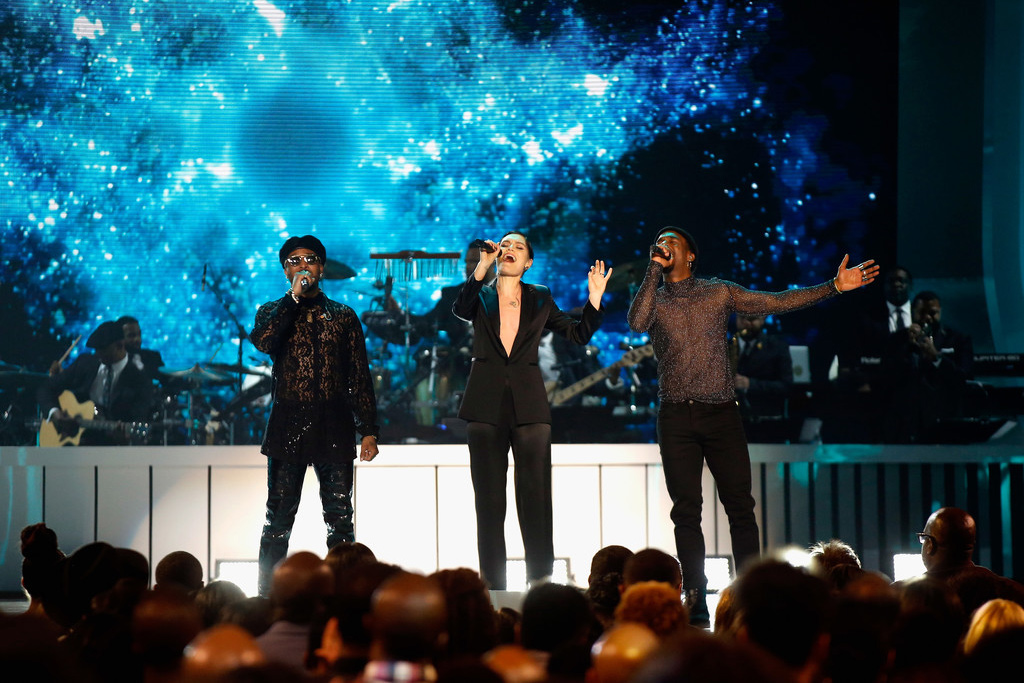 The big award of the night at the 2017 Soul Train Awards went to R&B icon Toni Braxton, presented by comedian Anthony Anderson.

Prior to her taking the stage to receive the honor, the actor introduced a trio of singers paying tribute to the songstress.

First up was Ro James who performed an unexpected rendition of “Seven Whole Days” adding a unique perspective to the song with his raw growl tone. The New York native was followed by English vocalist Jessie J who stunningly showed off her powerful pipes with a cover of “You Mean the World To Me.”

The icing on the cake came from Luke James though, who sent chills through the arena with his impassioned rendition of “Unbreak My Heart.” At a brief moment he stole the show with an earth shattering high note that would have shook the rafters, if the Orleans arena had been constructed with wood.

Toni shared her unwavering appreciation numerous times during the tribute, standing and clapping while also blowing them kisses.

Watch the special moment below.