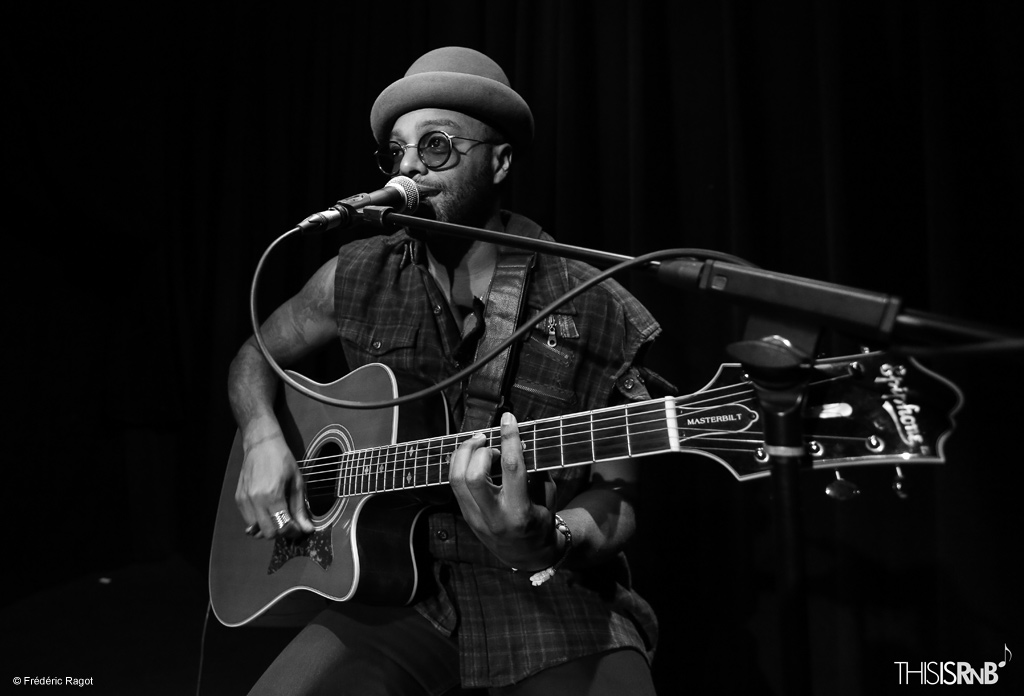 Austin Brown brought his ‘Guitar & Microphone’ series back to Paris, France this past week.  In support of his new acoustic project Canyon Sessions, the singer/songwriter performed two nights of shows at the Théâtre de la Contrescarpe.

ThisisRnB’s Frédéric Ragot was in attendance to capture the show with his portrait lens’ and to the delight of Brown’s Parisian fans it was a special, intimate night to remember. While he was in town to promote the release of his new project, Austin was also giving back to the city that originally inspired him to focus on more acoustic driven material.

The small theater space allowed the crooner to interact directly with the whole room, as he talked about the music, asked questions, and got the entire audience involved in the performance. Austin’s set included some older fan favorites such as “Highway to the Sky” and “Groove 92,” a few of his favorite covers including “Rollercoaster” and “Faith,” plus cuts off ‘Canyon‘ including “Slow Down,” “Body” and “Get Away.”

To the surprise of the crowd, Brown invited everyone to join him outside to close out the show with his single “Smile” in the Paris night. Surrounded by fans singing along, passersby and patrons of nearby cafes joined in as well, and Brown stayed around taking selfies with fans and signing autographs. Once again, Paris provided him with new inspiration as he continues on with his ‘Guitar & Microphone’ series.