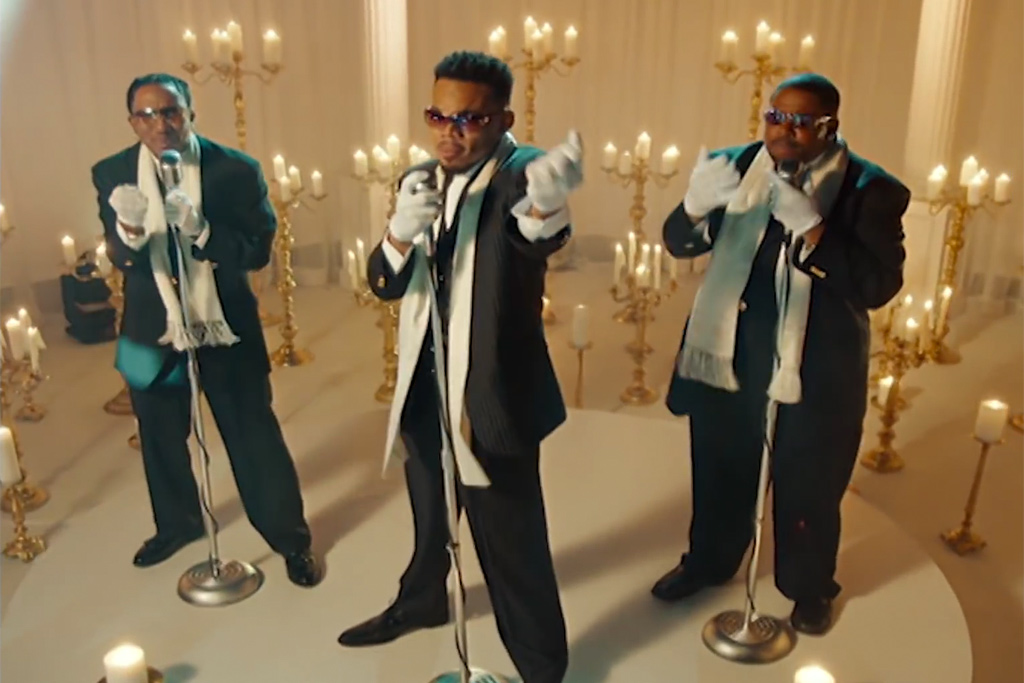 The rap star took over ‘SNL’ on Saturday night (Nov. 18) as the guest host, co-writing and acting in a series of comedic skits.

After a musical opening monologue where he performed a new song, saying he hoped it would make him the “Mariah Carey of Thanksgiving,” the Chicago native surprised with a ’90s R&B inspired sketch “Come Back, Barack.”

Starring in a Boyz II Men-esque trio named De-Von-Tré — a group comprised of Chano, Kenan Thompson, and Chris Redd — they serenaded photos of President Barack Obama. “Even though it’s not allowed / We want you back somehow / I need you in my life / So, come back Barack.’”

Check out the hilarious performance below.