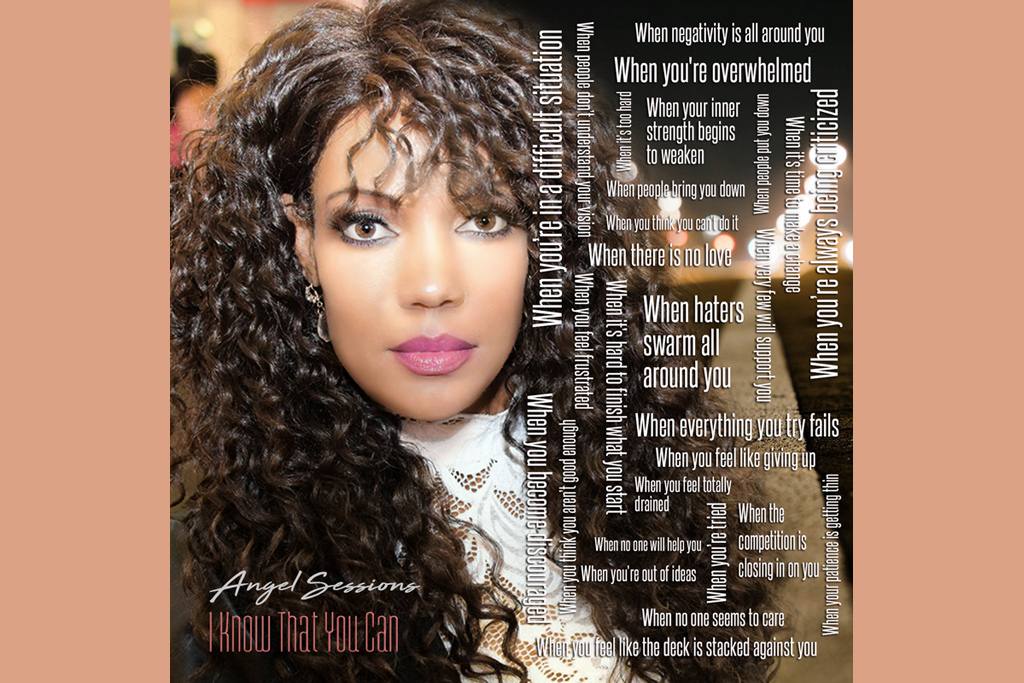 Angel Sessions has written and released many songs in her musical career, including her last single “Open Up Your Eyes.”

Now, the R&B singer/songwriter has returned with the uplifting new single “I Know That You Can.” The mid-tempo song oozes the ability to motivate and inspire listeners as she sings: “Know that you can do it / Say that you can do it.”

Released earlier this month, the single is available on all digital stores and streaming services worldwide. Altas Elite Entertainment LLC celebrates their first lady of AEE, Angel Sessions for the success of her current album I’m Who I Am.

The music is written by platinum producer, Antontio Tizone Street, who has worked with some of the hottest mainstream and indie artists. Angel and Tizone created their best work. The song has a sweet mid-tempo vibe to it and a catchy hook. The words written by Angel will certainly make you want to listen over and over again.

Freddie Fonk, bass player for Lenny Williams, is also featured on the song adding his amazing Roger Troutman sound, the talk box. Get ready for another great record by national and international recording artist, Angel Sessions.

Angel is also offering her fans a chance to be apart of her upcoming music video for the single, by submitting a 5-second video using their cell phone, and saying: “I know that you can.” Submit your video to info@atlaseliteentertainment.com.