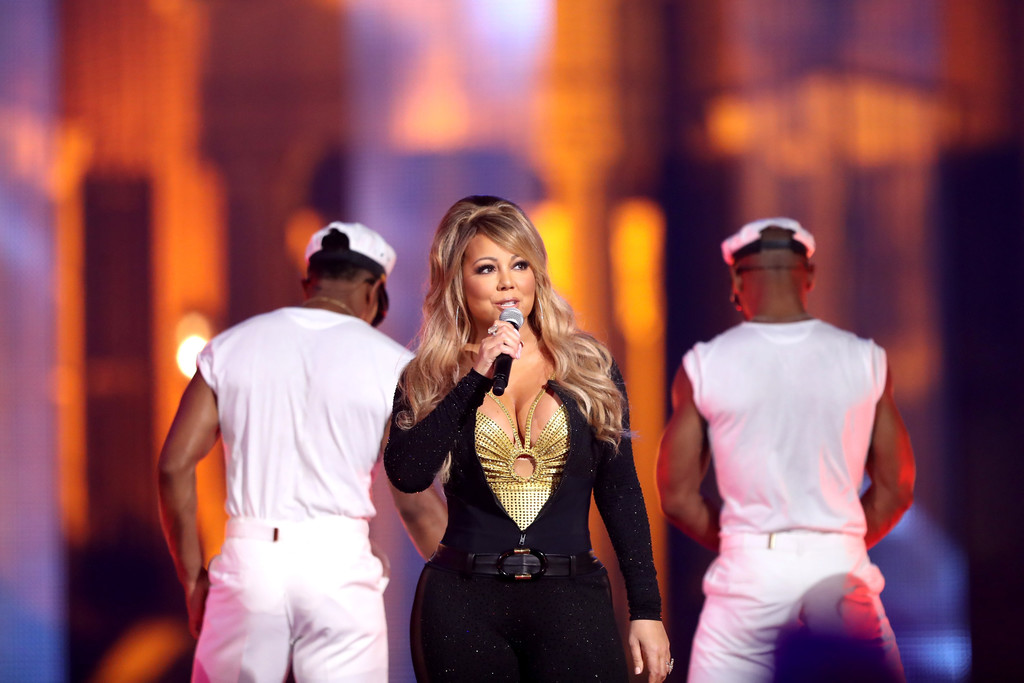 The Lambily is throwing up the Dynasty sign. After splitting with manager Stella Bulochnikov, Mariah Carey has reportedly signed with JAY-Z’s Roc Nation.

“[Mariah’s] cleaning house,” a source tells Page Six. “She is getting legitimate people, assistants, a lawyer, and Stella is not happy about it.”

“Previously, there were all kinds of people involved [in her career] and Mariah didn’t even know those people,” added the insider. “She had to distance herself from all that and she’s now cleaning house.”

Carey’s rumored boyfriend Bryan Tanaka is reportedly still on as her creative director. Otherwise, Carey is looking for a fresh start.

Earlier this month, Carey ended her relationship with Bulochnikov. “After working together for almost three years, Mariah Carey and Stella Bulochnikov have determined that it is in their mutual best interest to part ways on day-to-day management,” read the statement. “During their time working together, they have accomplished great things, including, most recently, Mariah Carey’s new music and motion picture projects for this upcoming holiday season. Mariah Carey and Stella Bulochnikov remain partners in a number of business ventures, and will continue to support each other in those endeavors.”

Mariah and JAY have a long history of collaborations, including “Heartbreaker,” “You Got Me,” and “Things That U Do.”

Most recently, Carey released an official music video for “The Star,” her title track to Sony Picture Animations new holiday film about the nativity story. She also released the new original Christmas song “Lil Snowman,” from her own animated movie Mariah Carey’s All I Want for Christmas Is You.

Indie: Angel Sessions Releases Inspiring New Single "I Know That You Can"