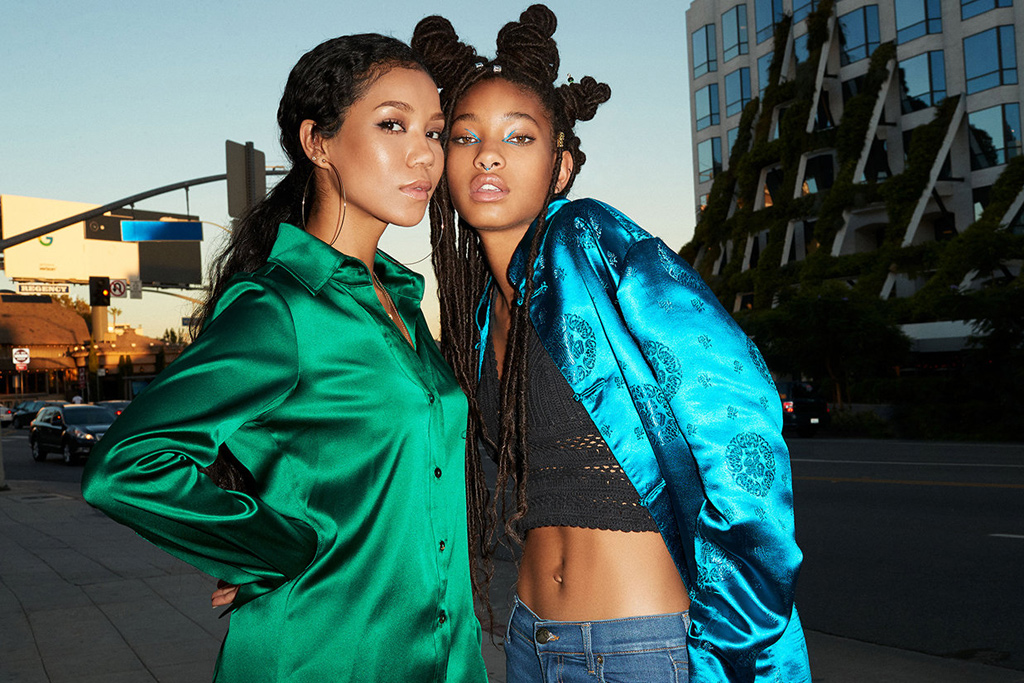 Jhené Aiko and Willow Smith are kindred spirits. The singers will be heading out on the “Trip Tour” together soon, but before hitting the road they sat down with Billboard for a joint interview. Their discussion was insightful and at times enlightening, while giving a deeper understanding of their connection and views on the human condition, spirituality, homeschooling, music and more.

One of the most interesting takeaways from the interview was their expressed interest in a collaborative Jazz album. “I want to make music. I’ll have a studio on my bus, and she can come through with her guitar,” said Aiko.

Later adding: “I think we should do a jazz album.” Smith replies: “Let’s! Honestly, we can get a bunch of musicians in a room and just vibe out.”

Aiko, who is coming off Trip, went on to say that she believes the two stars will join forces for a great tour with a message. “This time, I want to take the audience on a journey, have them feel what I went through — I want them to think they’re tripping balls,” she explained. “People like Willow and me, we’re super connected to this music and our message. We really want to change the world.”

Finally, Aiko and Smith spoke about women coming together to expose predators in the entertainment industry. “Yeah, and our president,” said Smith. “Ahhhhhh! The creepiest dude of all!”

Aiko added: “I’m pleased people are brave enough to come ­forward, because it ­encourages others. I’ve always been protected. My mom was my manager. Now my older sister is. Even when I’ve been in sketchy ­environments, ­someone always had my back. That’s important. In these stories these women are telling, there’s no real friends around. I have definitely experienced male ego.”

Smith, who just released her newest album The 1st, even revealed situations that made her uncomfortable with men: “I’ve ran into situations with white men specifically who are like, ‘Black girls don’t usually look like you,’ or, ‘Whoa, your hair is lying down. That’s crazy, you actually look pretty!’”

Featuring Kodie Shane, Kitty Cash, and St. Beauty on select dates, Aiko’s “Trip Tour” is set to kick off Nov. 14 in Detroit. The run will end Dec. 17 in San Diego.

(Photo by Nate Hoffman for Billboard)