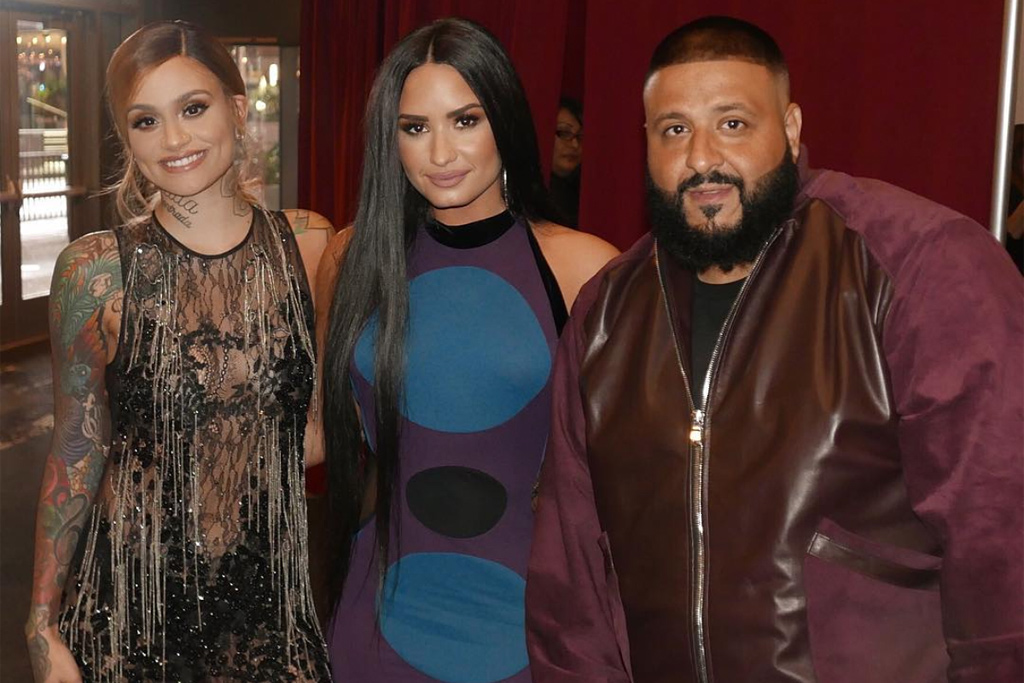 Kehlani is hitting the road with Demi Lovato and DJ Khaled next year.

Following last night’s American Music Awards, the “Honey” singer announced that she will join the duo on their upcoming 20-date arena trek, which kicks off Feb. 26 in San Diego and hits cities including Los Angeles, Las Vegas, Toronto, Philadelphia, and Nashville, before wrapping in Tampa on March 31.

“SURPRISE,” wrote Kehlani. “Im joining @ddlovato & @djkhaled on tour in February 2018! Gunna be fun as hell thanks for having me!!! See ya soon! ✨✨ aye fuck yeah ARENAS!!”

The trio met up at the American Music Awards on Sunday (Nov. 19) before announcing their upcoming jaunt. “#AMAs tour photoshoot??” wrote Demi. “Why not ? SO EXCITED @kehlani is officially coming on tour with us!! ❤️❤️❤️ Can’t wait to see you in your city next year!!!! #NowWeNeedATourName.”

#AMAs tour photoshoot?? Why not ? SO EXCITED @kehlani is officially coming on tour with us!! ❤️❤️❤️ Can’t wait to see you in your city next year!!!! #NowWeNeedATourName

Demi, Lani, and Khaled showed off their chemistry at the awards show, where they gleefully confirmed the tour. They were joined in a “love fest” by Khaled’s son Asahd and members of the “Stranger Things” cast.

The tour comes in support of Demi’s latest album, Tell Me You Love Me, Kehlani’s debut SweetSexySavage, and Khaled’s Grateful.

So excited to FINALLY tell you the other person joining my tour… Kehlani ❤️ All of us can't wait to see you guys in 2018!! #AMAs @djkhaled pic.twitter.com/iTj20VRNyk