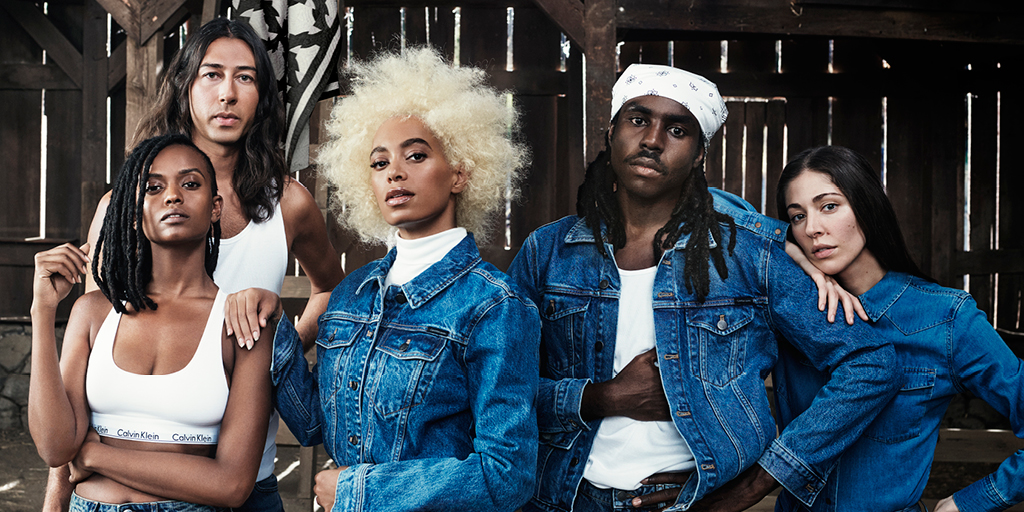 Solange and friends channel a musical family in the launch of Calin Klein’s new underwear and jeans global multi-media campaign. The campaign introduces an evolution in the Calvin Klein brand’s globally recognized #MYCALVINS call to action: “Our Family. #MYCALVINS.”

Shot by photographer Willy Vanderperre, the first iteration of this new campaign features Solange alongside her personally curated cast of singers/songwriters, including Kelela, Dev Hynes, Caroline Polachek, and Adam Bainbridge of Kindness.

The group is shot together as a “chosen” musical family, illustrating the overarching message of the campaign.

This launch marks the first moment of the new “Our Family. #MYCALVINS” campaign rollout, with a series of campaign launches that will run from Holiday 2017 through the Spring 2018 season. The talent featured will represent the bridging of several generations stylistically, musically and culturally. They will bring their stories to life as “Our Family” with family and community at the epicenter of the conversation.