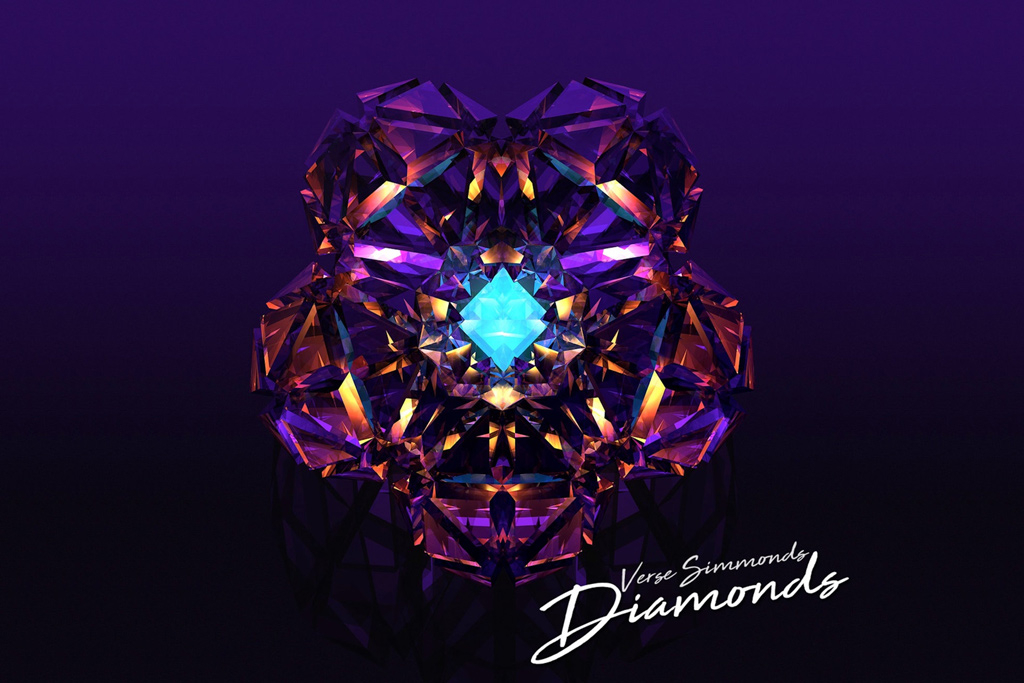 Today, the 5x Grammy-nominated songwriter has released his brand new project Diamonds, the follow-up to his underrated album To All The Girls.

The 9-track collection is packed with silky smooth, emotionally intelligent tracks that explore the different shades of love, describing what Verse calls “Situationships.”

Diamonds is a potent hybrid of R&B and Hip-Hop, showcasing Simmonds divine voice and his structurally sound compositions. Featuring an appearance from Ty Dolla $ign (“Make Up”), and the recently released single “Liquor & Misunderstanding,” Diamonds is a genre-bending cocktail of well-crafted R&B, brimming with emotional complexity.

An in-demand songwriter who has collaborated with numerous A-listers in the R&B and pop realms, Verse Simmonds is one of the more successful behind-the-scenes creatives in the urban music industry. Verse has penned hits for the likes of Chris Brown (“New Flame”) and Fifth Harmony (“Top Down”), earned one of his five Grammy nominations for his writing on Jay-Z and Kanye West’s “Who Gon Stop Me” in 2012, and co-wrote 2016’s “Permission,” the Grammy nominated R&B smash by Ro James.

Diamonds is available on all digital retailers and streaming services now. Take a listen below: