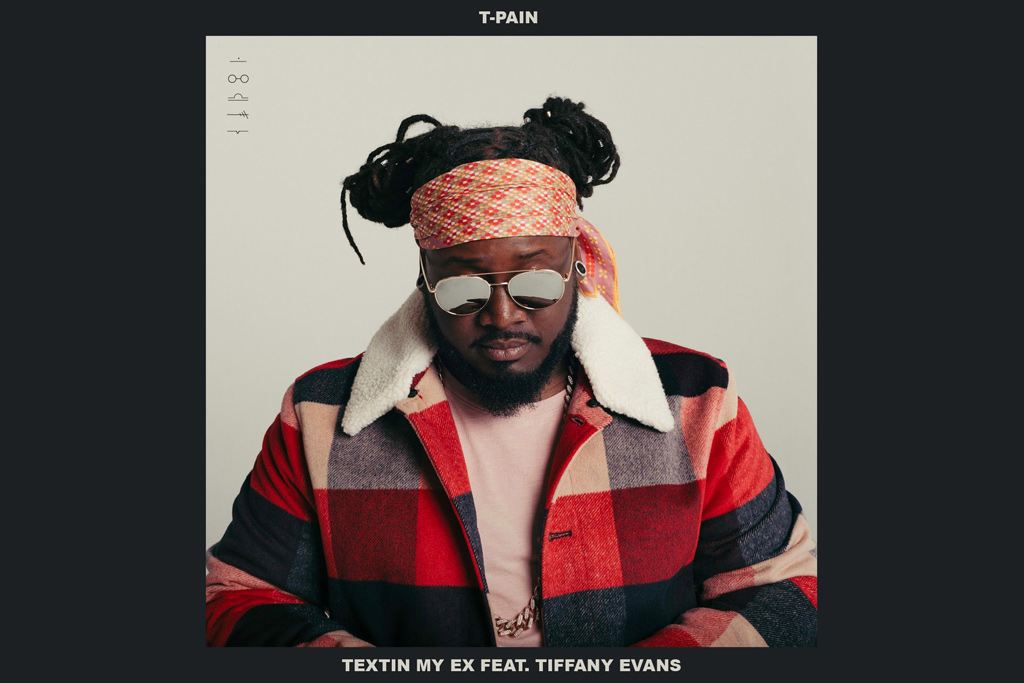 Fresh off the first leg of his acoustic tour, T-Pain debuts the brand new single “Textin’ My Ex,” a collaboration with Tiffany Evans off his forthcoming album, OBLiViON.

With the Auto-Tune back on, Teddy sings about a former lover after taking a few shots of Patron. “I should put my phone right down,” he sings over the Dre Moon production. “But girl, I’m so alone right now / That’s why I’m textin’ my ex / I’m just talkin’ ’bout sex.”

Evans plays the role of the ex on the song. “Even though this ain’t right,” she sings. “I’ll give it to you, I won’t think twice / I didn’t mean to hurt you / I just hope your new girl don’t catch you textin’ your ex.”

Teddy spoke about the inspiration behind the song with Complex, “There nothing more nerve-wrecking than watching those three dots mocking the fuck out of you for 20 minutes,” he said. “Then it’s just … ‘kk.’”

T-Pain is set to take listeners on a cosmic journey with the release of OBLiViON, which is expected to be released very soon via Nappy Boy Entertainment/Konvict Muzik/RCA Records.