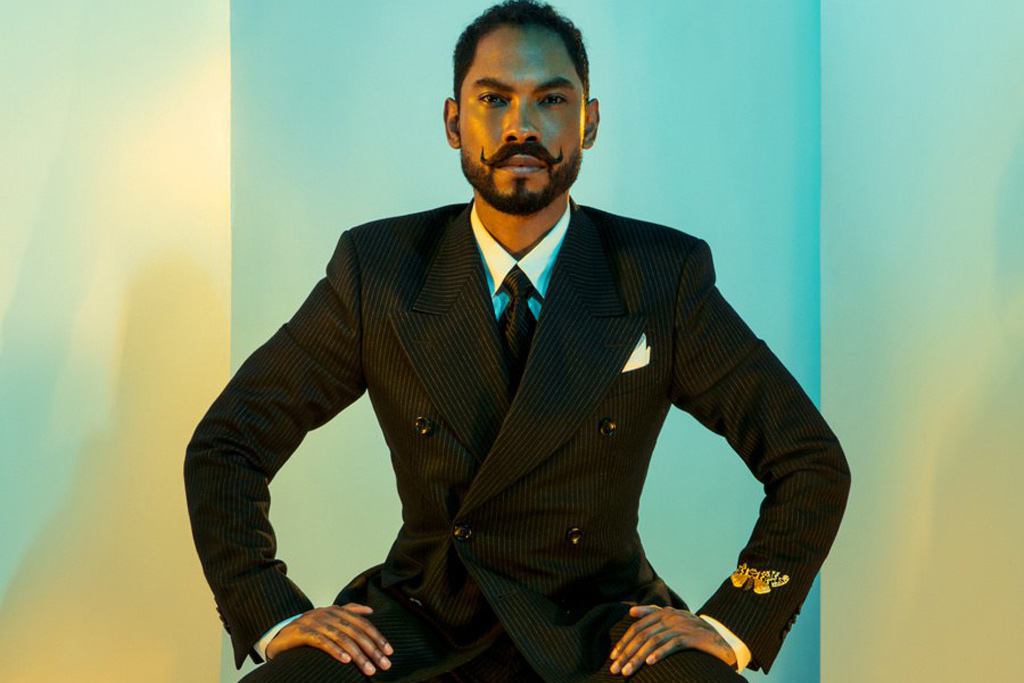 Miguel was given the opportunity to channel one of his biggest inspirations, Salvador Dalí.  The R&B maverick takes on the persona of the famed Spanish surrealist in PAPER magazine’s Winter 2017 issue.

On the digital cover, the crooner gives a stern pose, donning Dalí’s trademark mustache and a Gucci pinstripe suit over a Versace shirt, recreating a famous portrait. Elsewhere for the mag, Miguel reimagines “In Voluptas Mors,” a 1950s portrait that the painter created with photographer Philippe Halsman. For this image, he dons a tuxedo and hat from Palace Costumes and Max Verre shoes.

“Thanks @papermagazine for allowing me to recreate a few iconic images of one of my favorite artists of all time,” wrote Miguel.

Inside the magazine, Miguel opens up about his new album, War & Leisure, which arrives Friday (Dec. 1). “It’s been in the back of my head for some time,” he said. “I think it was understanding my body of work and trying to make heads or tails of it. I just felt an overwhelming sense of inspiration that’s pulling in opposite directions, on every level. When I really sat down to think about what those opposing forces were, that was my best way to describe it.”

The album is a representation of his present mindstate. “I want to be an artist whose personal life is really reflected in their music,” he said. “If I didn’t include some of the things that are happening in the ethos and the things that I’m seeing and paying attention to and that I care about, if I didn’t include those topics in my music, I think it wouldn’t be a real, honest representation.” 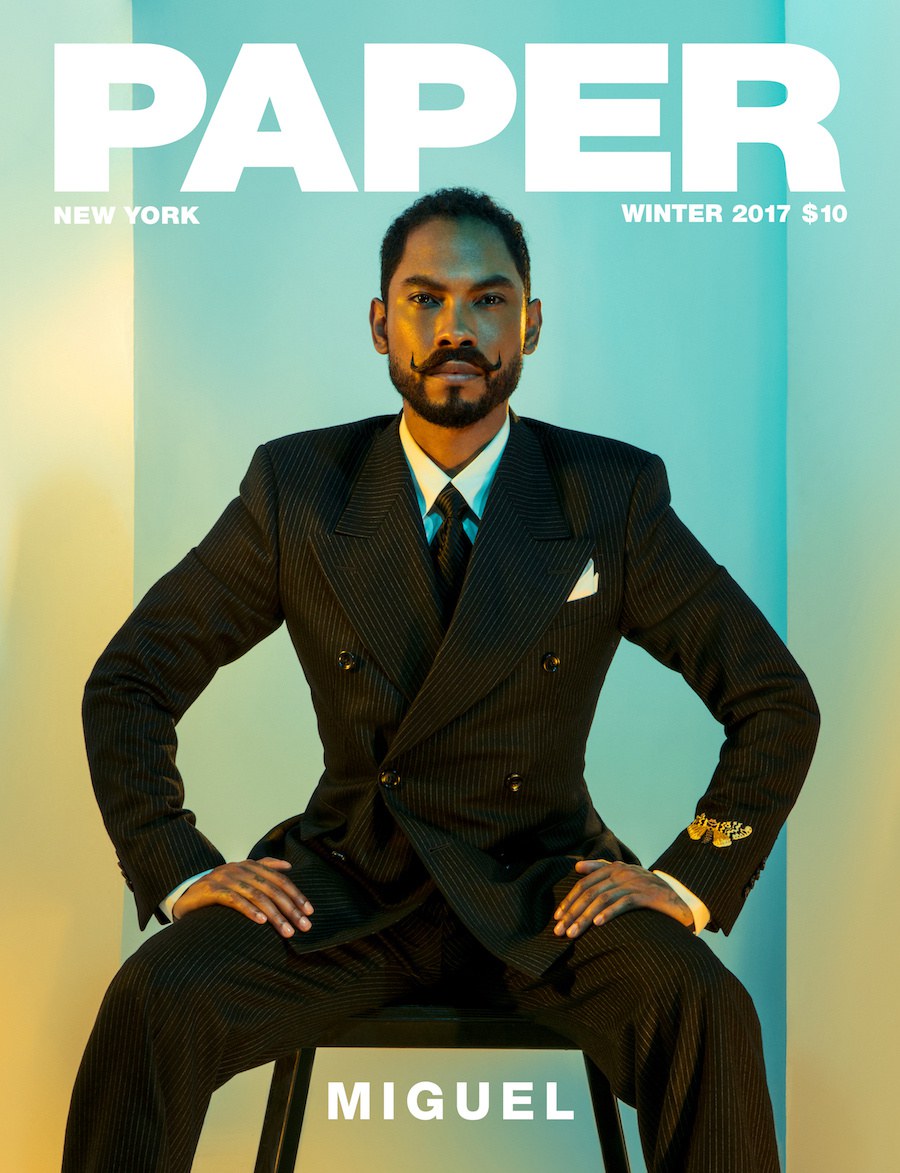