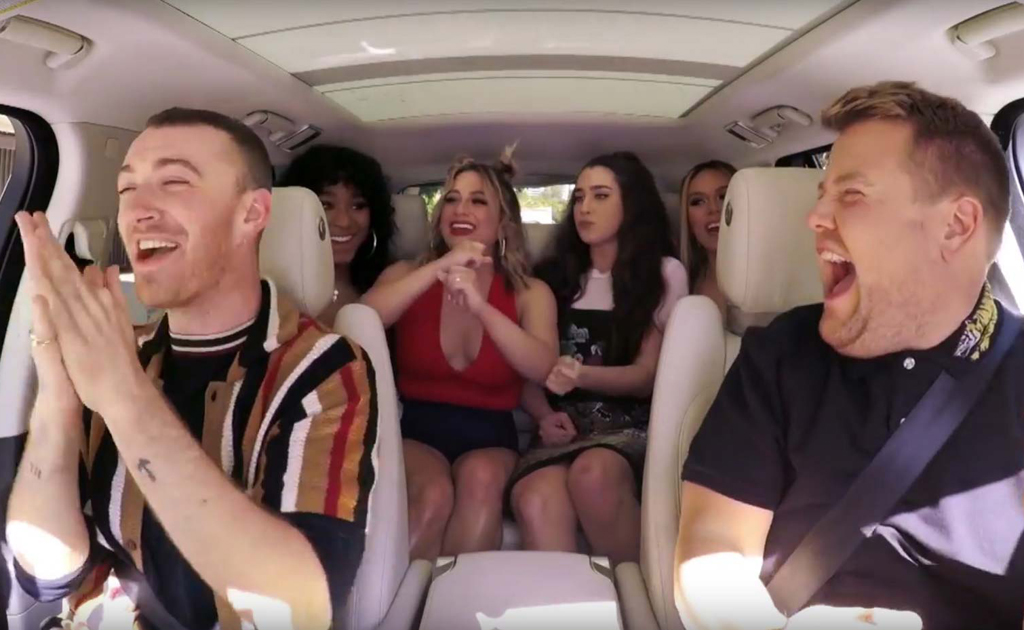 Sam Smith joined in the fun as the latest star to take a car ride with James Corden. Ahead of releasing his anticipated sophomore album, the English crooner joined “The Late Late Show” host for the latest edition of his famed series “Carpool Karaoke.”

It was an interactive drive, filled with performances of old and new tracks, including “Too Good at Goodbyes,” “Lay Me Down,” “I’m Not the Only One,” “Money On My Mind,” “Stay With Me,” and “Pray.”

In between the performances, Smith opened up about weight loss, skipping school to go to a Lady Gaga concert, and his appreciation for Corden. “You were one of the first people to ever draw any attention to ‘Lay Me Down,’” he said. “You did a tweet saying you loved this song and I think I was working in a bar at the time.”

But he also showed his love for Fifth Harmony during the drive before the quartet popped up to surprise him. “When I hear them, I feel free,” he said. “I feel alive. I feel like the woman in me is on fire. ‘Work From Home,’ I listen to every time before I go out. I think it’s my wedding song. I want to walk down the aisle to it in heels.”

Smith’s sophomore album, The Thrill of It All, featuring “Burning,” “Pray” and “Too Good at Goodbyes,” is due at midnight.

Watch the fun-filled “Carpool Karaoke” below.

Watch: SZA & Maroon 5 Perform "What Lovers Do" On 'The Tonight Show'