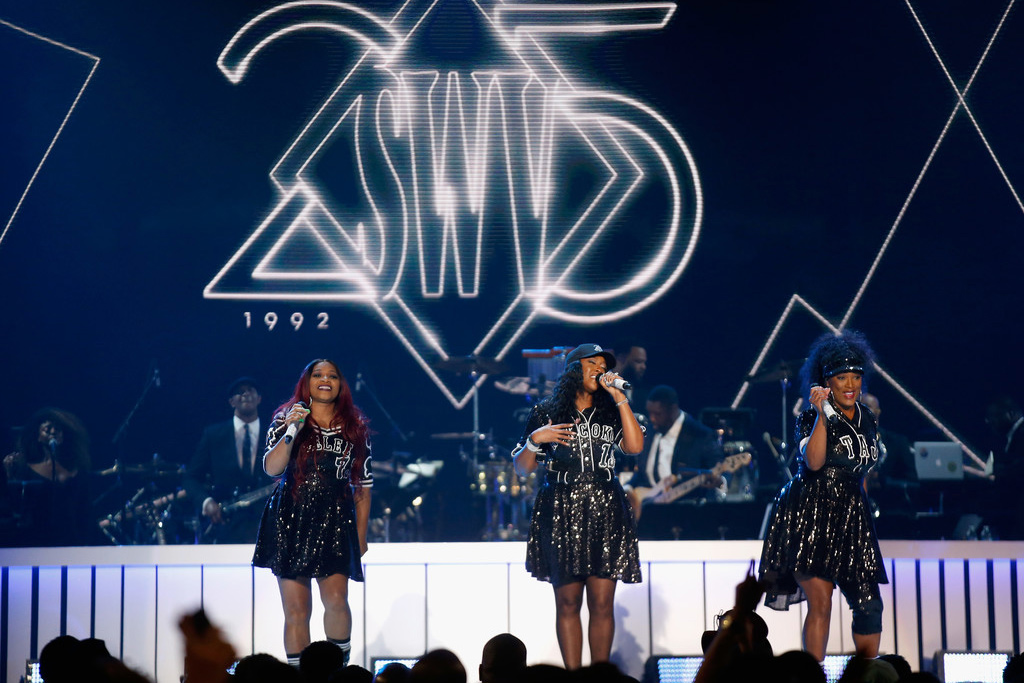 Coco, Taj and Lelee got everyone amped up for an electrifying evening as they took the stage wearing matching outfits that paid homage to their original New York City hip-hop style. The ladies donned black sequined baseball jerseys with their names stitched across the chest, and attached short skirts.

Affecting the whole arena to sing along they performed a medley of their hits including “I’m So Into You,” “Right Here” and “Weak,” before surprising the audience by bringing out rappers Method Man and U-God to perform the classic Wu-Tang remix of “Anything.”

The audience stood as they clapped and sang along, including Kehlani. Later in the show, SWV was honored as they were presented with the Lady of Soul award by their peers Bell Biv Devoe. The ladies delivered a heartfelt speech, speaking of their trials and tribulations, noting they’d been nominated for everything and yet to win anything – until now.