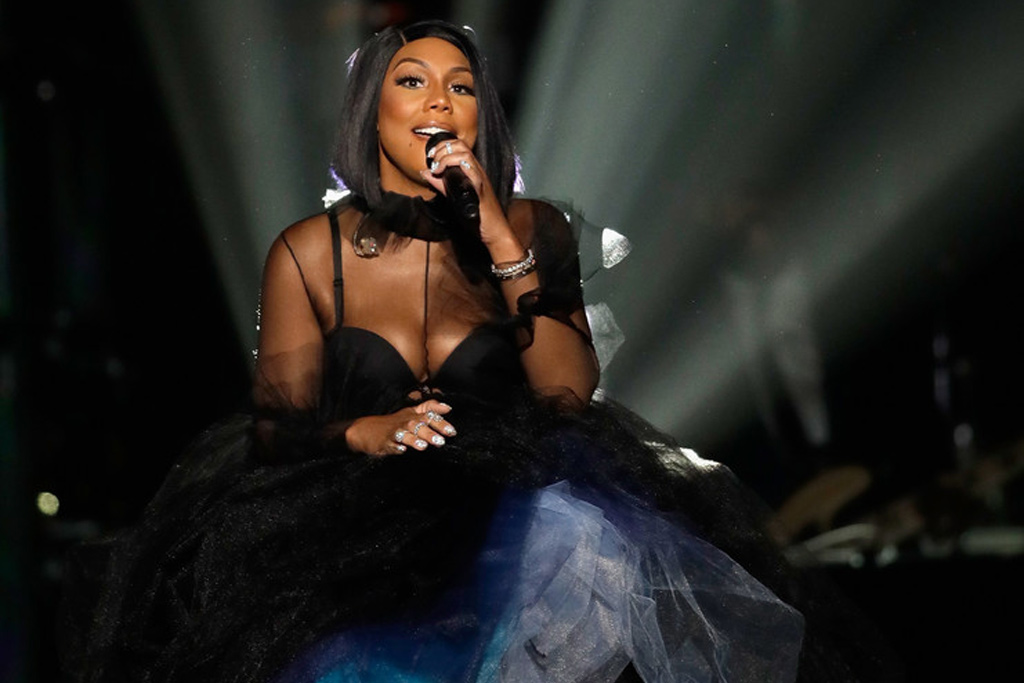 Following an electrifying opening to the show, Tamar Braxton delivered the second performance of the night at the 2017 Soul Train Awards. While the mood was fun and celebratory, the youngest Braxton was heavy with emotion as she brought viewers into her feelings.

Choosing to stay seated for her set, Tamar sat on a stool in front of the house band with her legs crossed. Wearing a see-through lace top, black bra, and billowing skirt she belted out her heartfelt ballad “Blind.”

Her nerves were tender as she delved deep into the lyrics, at times she appeared to be fighting off the urge to stand, and even pull out her own hair. Hitting the highest of notes, the songstress received a standing ovation from the audience, including her whole family.

Fight back the tears with Tamar below.