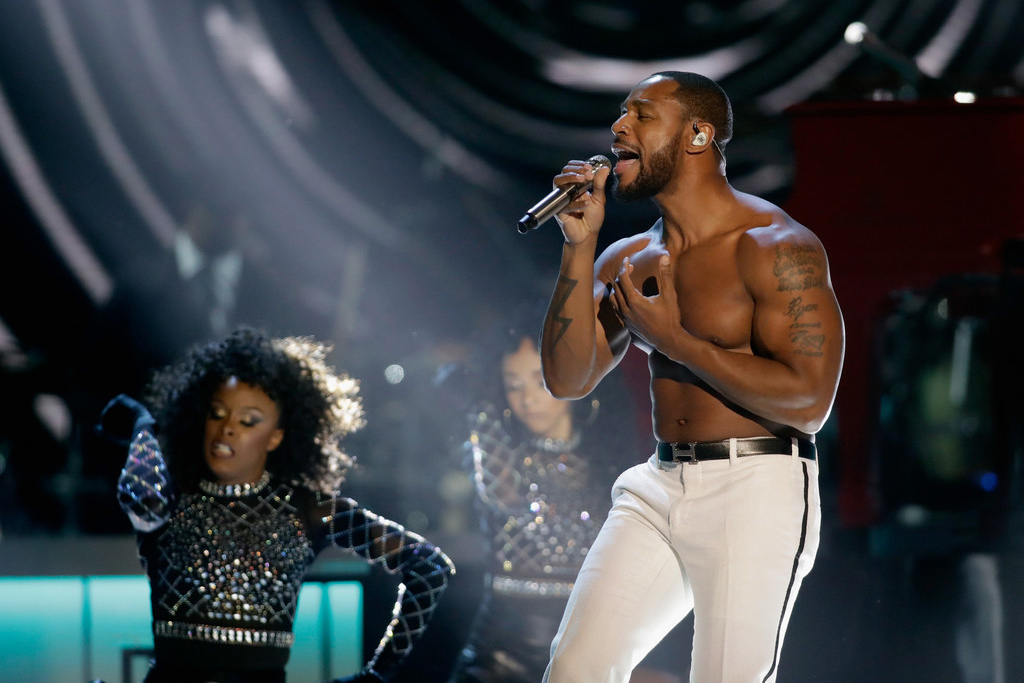 Tank came to make sweet love to the stage at the 2017 Soul Train Awards.

Setting the tone for seduction, Erykah Badu offered a passionate introduction as she told all the female viewers, “Ladies, keep your legs swclosed together, ‘cause this Tank will blow your bunker to bits.”

Opening his set at a bright red piano, the R&B General belted out a portion of his classic single “Please Don’t Go.” Taking off his white tuxedo jacket, Tank quickly stepped to the front of the stage as he transitioned into his recent hit single “When We.”

The crooner gave a sultry performance backed by four female dancers, but the suit jacket was only the first piece of his bespoke outfit to be removed. Playing out the single’s steamy lyrics in front of the crowd, the muscle bound singer stripped out of his shirt exposing his ripped torso as he so often does on tour. Needless to say he received a riveting round of applause from the female audience members.