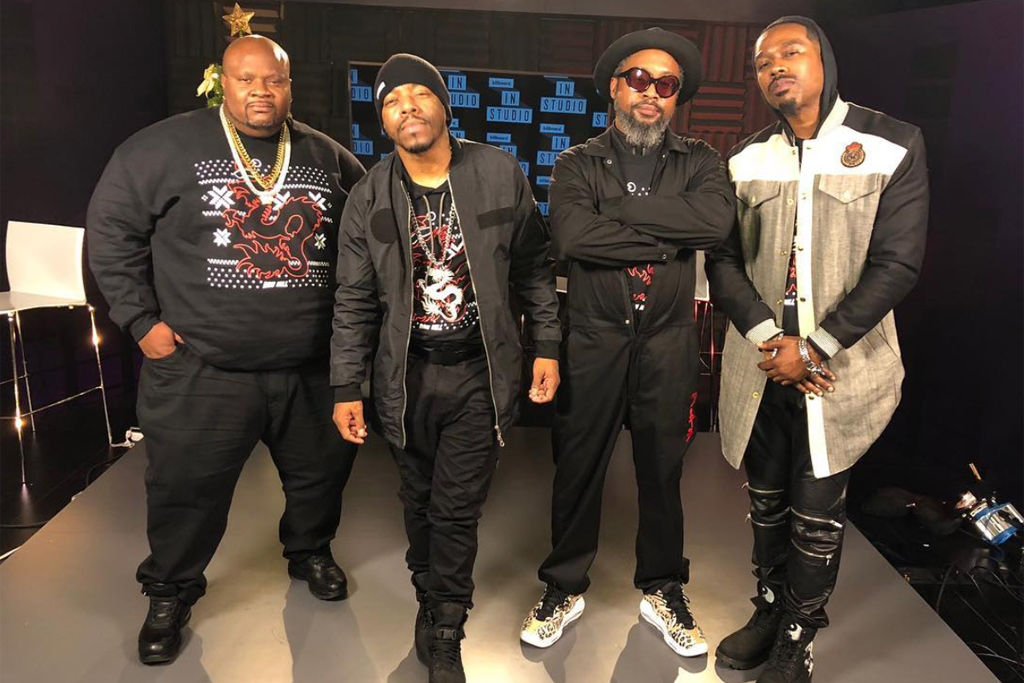 In support of their first-ever holiday album, Christmas In Baltimore, R&B veterans Dru Hill stopped by Hot 97 for an interview with Ebro In The Morning.

During their conversation, the three original members–Nokio, Sisqo and Jazz–candidly spoke about their career and breakup in depth. At the peak of their mainstream success, and in the middle of a video shoot, the group’s fourth original member, Woody, left which was obviously a major turning point for them. Sharing some more history, they talked freely about how Sisqo never planned to go solo but certain business decisions based on opportunities that came at an advantageous time led him that way.

They go on to talk more about reuniting, the differences between today’s music business and the past, and why their past training is rare today.

Additionally, they gave fans a special acapella performance, and revealed that more new music is on the way. Nokio said he hopes that in 2018 they can drop 2 new albums, one being called ‘Dru Hill the Second Coming.’ Check out the full interview below.