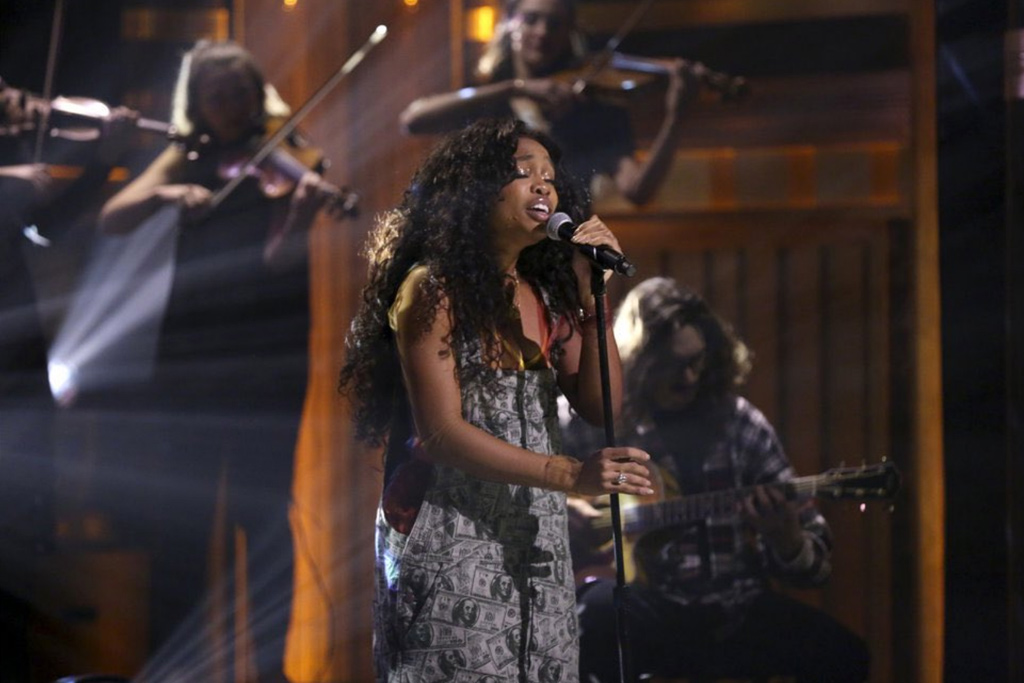 Since she already gave fans unique performances of “The Weekend” and “Love Galore,” Solana switched it up with her first televised rendition of “Supermodel.” Another fan favorite of her critically acclaimed debut album Ctrl, she brought it to the stage with a string section accompaniment.

Wearing money printed overalls, the singer emoted the infidelity themed lyrics. “Leave me lonely for prettier women / You know I need too much attention for shit like that,” she sings. “You know you wrong for shit like that / I could be your supermodel if you believe.”

SZA has had an unbelievable breakout year. In addition to her 5 Grammy nominations, Ctrl has landed on several critics’ year-end lists, including TIME magazine, who crowned it the best album of 2017.