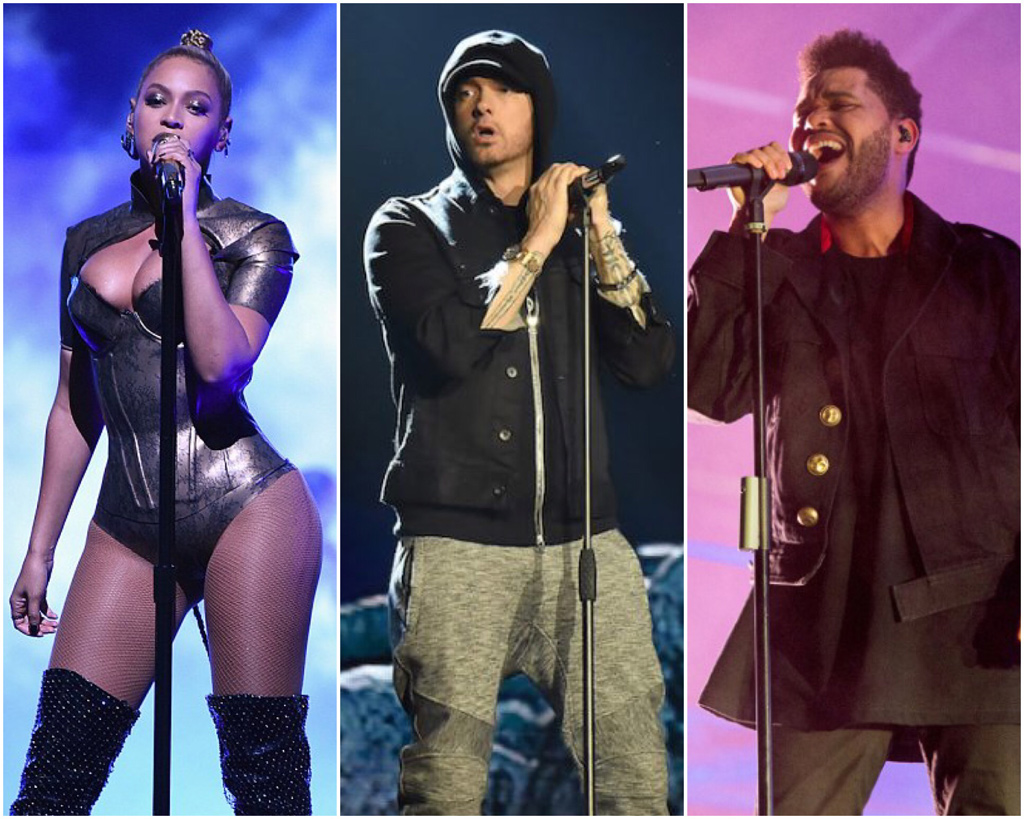 Beyoncé, Eminem, and The Weeknd will headline next year’s Coachella Valley Music and Arts Festival, according to industry sources.

Consequence of Sound reports that the megastars have been tapped as headliners for the two-weekend event, which is set to take place April 13-15 and April 20-22 at the Empire Polo Club in Indio, Calif.

Coachella has yet to make an official announcement. The official lineup will be released in early January, along with ticket sales for the annual festival.

Eminem showed up as a 2012 guest for Dr. Dre. Beyoncé was scheduled to perform this past year, but had to postpone the set due to her pregnancy with Rumi and Sir Carter. She previously made guest appearances in 2010 and 2014. The Weeknd has been on the bill twice and came through as a surprise guest this year.