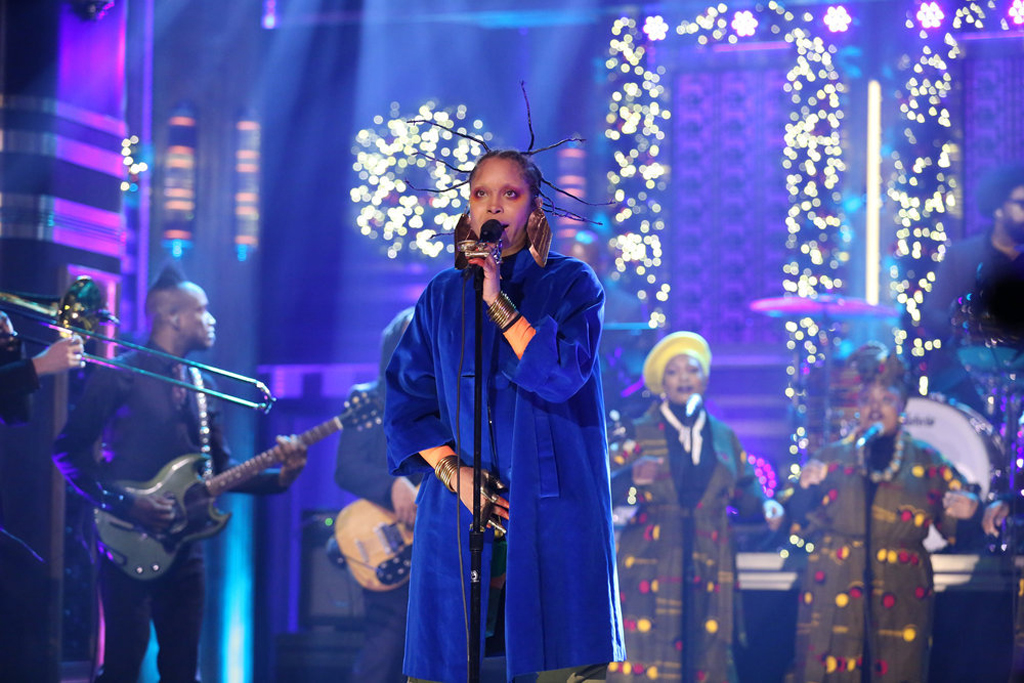 Joined by the Legendary Roots Crew, Fat Belly Bella opened her set with the classic “On & On,” off her 1997 album Baduizm. Then the stage filling with smoke, and the moving set took on a theatrical element with “Sorrow Tears and Blood” from Fela Kuti’s 1977 album of the same name.

The performance was meant to promote Kuti’s Fela Box Set #4: Curated by Erykah Badu, the latest installment of vinyl reissues from the Fela Kuti catalog. Past box sets have been curated by Brian Eno and Questlove.