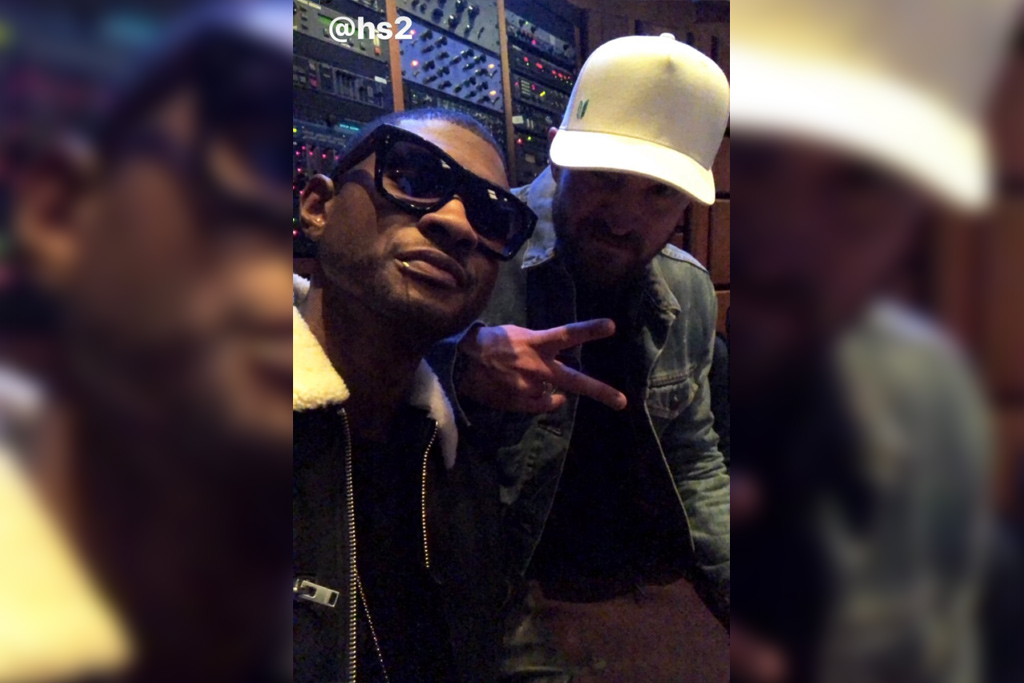 Only days after hitting the lab with Lil Jon, excitement for some major new music from Usher continues to build. Late Wednesday night, the R&B superstar posted an image to his Instagram story which showed the singer back in the studio with another major hitmaker, Justin Timberlake.

Usher tagged the photo with “@hs2,” which doesn’t appear to be anyone’s account, leading to further speculation on what it could be referencing. Could it be Here I Stand 2??? Probably not… but any musical collaboration between the two would cause quite a firestorm.

Fans know that both JT and Ursh have been working on new albums. Rumors have been swirling lately that Timberlake is finishing up his anticipated new project ahead of his Super Bowl halftime performance in February. There is also a chance that they are teaming up for a surprise during the big show.

As for Usher, the R&B legend was spotted in the studio with Jermaine Dupri back in August, where Dupri captioned the photo “C 3,” leading many to believe that a third installment of Confessions is imminent.