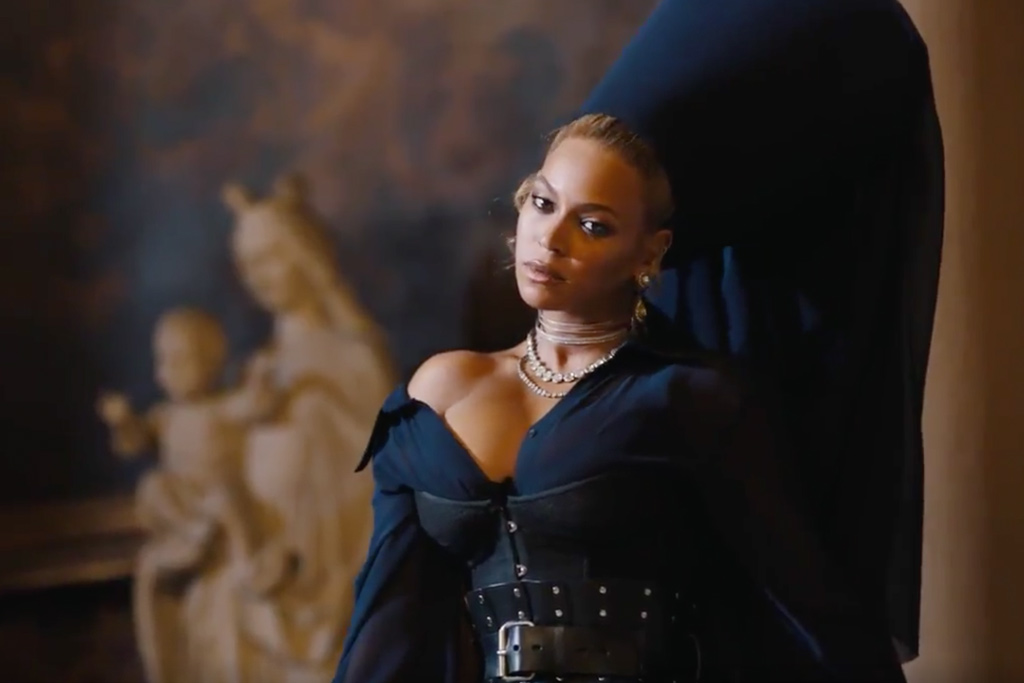 Nobody wins when the family feuds. As expected, JAY-Z has premiered the anticipated music video for “Family Feud.” The hip hop God taps his wife Beyoncé and daughter Blue Ivy for the cinematic visual off 4:44.

Directed by Ava DuVernay and featuring a score by Flying Lotus, the star-studded production opens with a quote from James Baldwin: “The wretched of the earth do not decide to become extinct, they resolve, on the contrary, to multiply: life is their weapon against life, life all that they have.”

It begins in the year 2444, where a vicious murder takes place inside of a bedroom, but the story travels across generations, while the Constitution is revised by a group of women, including Susan Kelechi Watson, who plays an older Blue Ivy in the year 2050.

“America is a family and the whole family should be free,” says Watson. “It’s like I remember my father saying when I was a little girl: Nobody wins when the family feuds.”

Part of the visual is set inside of a church, giving the stunning piece a spiritual tone with natural light shining into the sanctuary. In these scenes, Hov walks down the aisle with Blue Ivy, while Queen Bey looks elegant in all black at the altar.

Much like the topics explored on 4:44, the “Family Feud” visual carries a confessional theme. It is quite literal, as Jigga steps into a confessional booth with a striking ‘Yoncé sitting on the other side. “I told my wife the spiritual shit really work,” Hov raps.

UPDATE: Watch the “Family Feud” video via YouTube below.