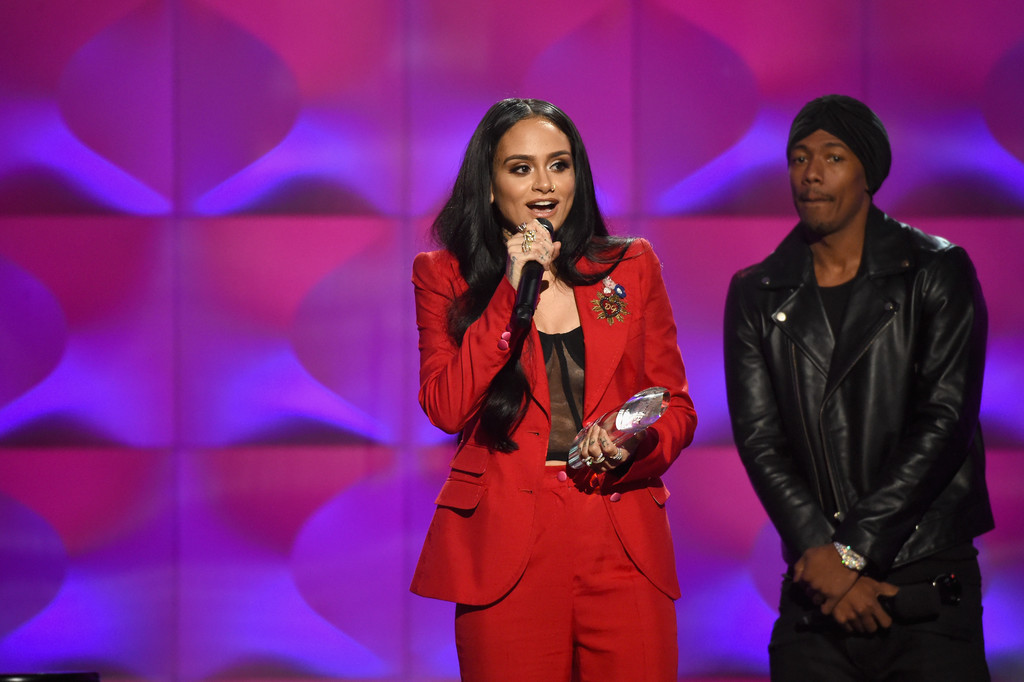 Before Kehlani accepted her Rule Breaker award at Billboard’s Women in Music 2017, she was warmly introduced by Nick Cannon and a video in which G-Eazy said, “She’ll break every rule and change the world because of it.”

The rising R&B singer then stepped on stage to perform her latest release “Honey” while supported by nothing more than an acoustic guitar. The beautifully raw delivery resonated with the crowd and highlighted her delicate vocals.

When the song reached its end, Cannon returned to present her with her award. “I’m so stoked to put this on my desk,” Kehlani admitted, before revealing her long-standing connections to Canon. “He’s literally the reason I’m here right now,” she recalled how he told her if she finished high school he would let her record at his studio in Los Angeles and help set her up with an apartment. “This is my guardian angel,” she said.

Kehlani continued to praise her personal icons Mary J. Blige (who won Billboard’s icon award) for being an inspiration and Julie Greenwald (Billboard’s executive of the year) for her loving support.