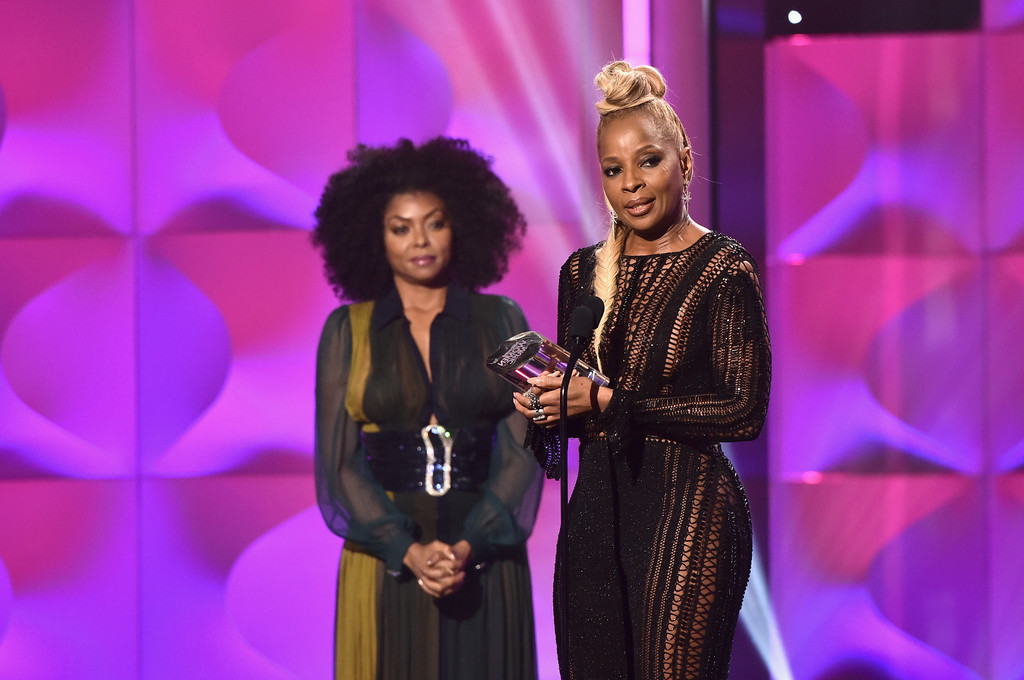 On Thursday night (Nov. 30), Mary J. Blige received the Icon Award at the 2017 Billboard Women in Music Awards after providing a stirring speech highlighting her 25-year career in R&B.

Before Blige graced the stage, actress Taraji P. Henson showered the “Family Affair” singer with a plethora of compliments regarding her “singular voice” and unblemished resume.

After Henson’s speech, a video tribute featuring the likes of Sean “Diddy” Combs and Ne-Yo was played, as both men paid homage to Blige in their respective ways. “With Mary, it was just her voice,” recalls Diddy, who helped cultivate Blige’s career in the early ’90s. “She will go down in history as the greatest female R&B singer of all-time. Queen of hip-hop soul.”

Once Blige’s video tribute concluded, the renowned R&B trailblazer walked on stage to accept her Icon Award from Henson. “Thank you to Billboard for this honor tonight. I’m so grateful, I’m so humbled, I’m so thankful,” she began.

For Blige, she acknowledged how important the Icon Award was to her, dubbing it as “a huge responsibility.” “When people look up to me, I want them to see my life and have it reflect theirs and understand that if I can make it through everything that I’ve made it through and still making it through, you can do it as well.”